The Bombay High Court had on December 18, 2017 dismissed Purohit’s plea along with that of Kulkarni, both accused in Malegaon blast case. 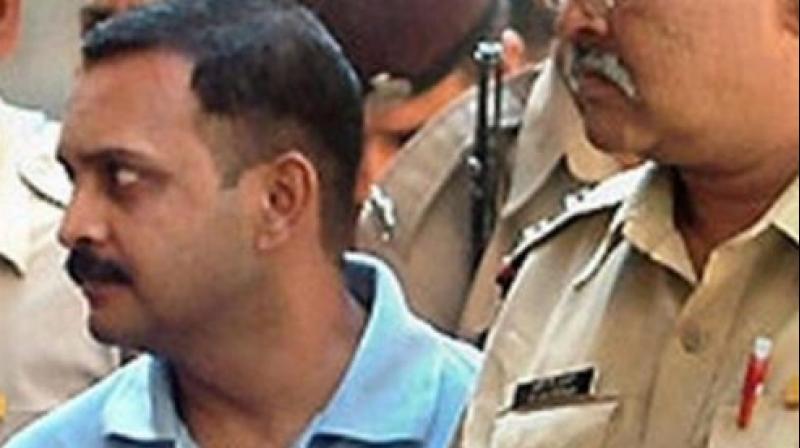 New Delhi: The Supreme Court Monday sought response from the Maharashtra government and the NIA on a plea of Malegaon blast accused Lt Col Shrikant Purohit challenging prosecution sanction for his trial under the Unlawful Activities Prevention Act (UAPA).

A bench of Justices R K Agrawal and A M Sapre sought the reply of the state government and the NIA within four weeks. Purohit has also sought stay on the trial in the case.

The Bombay High Court had on December 18, 2017 dismissed Purohit’s plea along with that of Sameer Kulkarni, both accused in the 2008 Malegaon blast case. Purohit and Kulkarni had told the high court that under the UAPA, the state law and judiciary department, the sanctioning authority, has to seek a report from an appropriate authority.

Purohit had contended that in his case, the sanction was given in January 2009 but the authority was appointed only in October 2010. Both Purohit and Kulkarni are out on bail in the case.

Six persons were killed and 101 injured when an improvised explosive device strapped to a motorcycle went off at Malegaon, a town with sizable Muslim population in north Maharashtra’s Nashik district, on September 29, 2008.

On December 27, 2017, a special NIA court ruled that Sadhvi Pragya Singh Thakur, Lt Col Prasad Purohit and six others accused in the 2008 Malegaon blast will stand trial on stringent terror charges in the politically-sensitive case.

The NIA had earlier given a clean chit to Sadhvi Pragya, saying there was not enough evidence against her in the case but the court had rejected the probe agency’s submission saying it was difficult to accept the claim, given that her motorcycle was used in the blast.

The accused will face trial now under sections 16 and 18 of the Unlawful Activities Prevention Act (conspiring for and committing/organising a terror act) and under the Indian Penal Code for criminal conspiracy, murder, attempt to murder and causing hurt besides charges under the Explosive Substances Act and Arms Act. The charges are punishable by various prison terms up to life, and death for murder.