The PM urged leaders to ensure success of Budget session and said the govt is taking suggestions of opposition 'sincerely'. 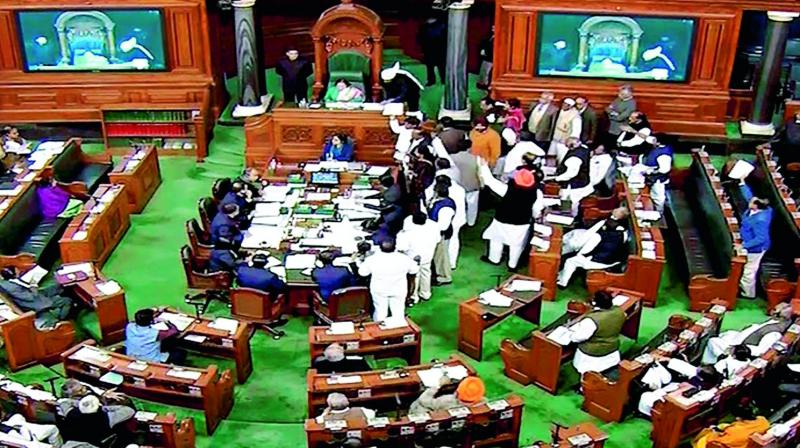 he budget 2018-19 will be the last full-fledged before the 2019 general elections. The budget will be presented on Thursday, February 1. (Photo: PTI)

New Delhi: Day ahead of the Budget session, Prime Minister Narendra Modi on Sunday urged the political leaders to ensure success of the session. Modi has said the government is taking the suggestions of the opposition "sincerely", Parliamentary Affairs Minister Ananth Kumar told the media after the all-party meeting on Sunday. The budget 2018-19 will be the last full-fledged before the 2019 general elections. The budget will be presented on Thursday, February 1.

The government which is facing opposition attack on issues including job creation and the plight of traders also plans to push through several key bills. The main among them are banning instant triple talaq and giving constitutional status to the Commission on Other Backward Castes.

Also read: With elections coming up, what to expect in this year’s Union Budget