Survey says good show due to major economic reforms, India can be rated among the highest-performing economies in the world. 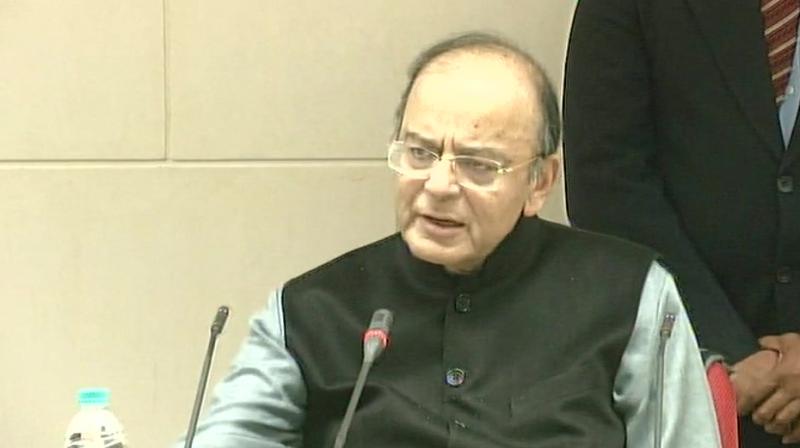 The Economic Survey 2017-18 was tabled in the Lok Sabha by Finance Minister Arun Jaitley on Monday. (Photo: Twitter | ANI)

New Delhi: India’s gross domestic product (GDP) will grow between seven and seven and a half per cent in 2018-2019 on the back of major reforms that have already been initiated, predicted the Economic Survey presented in Parliament on Monday.

A report of the country’s financial health, the survey said India would end the current year with GDP at 6.75 per cent, “reinstating the country as the world’s fastest growing major economy”.

The Finance Ministry’s annual document had pegged growth between 6.75 per cent and 7.5 per cent in January last year. In the mid-year review in July, it however painted a slightly grim picture saying it might not achieve the higher end of the prediction.

The survey tabled in Lok Sabha by Finance Minister Arun Jaitley said the economy accelerated in the second half of the current fiscal due to proper implementation of Goods and Services Tax (GST), bank recapitalisation, liberalisation of FDI and higher exports.

The survey said there was need to address pendency, delays and backlogs in the appellate and judicial arenas.

It said the GDP growth has averaged 7.3 per cent from 2014-15 to 2017-18, which is the highest among the major economies of the world. "That this growth has been achieved in a milieu of lower inflation, improved current account balance and notable reduction in the fiscal deficit to GDP ratio makes it all the more creditable," it said.

She Speaker adjourned the House for the day after the Economic Survey was tabled.

The House will meet on February 1 when the general budget for 2018-19 will be presented by the Finance Minister.