India   All India  28 Dec 2018  Seat sharing not yet discussed with Cong for 2019 LS polls: Kumaraswamy
India, All India

Seat sharing not yet discussed with Cong for 2019 LS polls: Kumaraswamy

The JD(S) leader's comment came in wake of Siddaramaiah rubbishing BJP's claim that coalition govt in Karnataka would collapse. 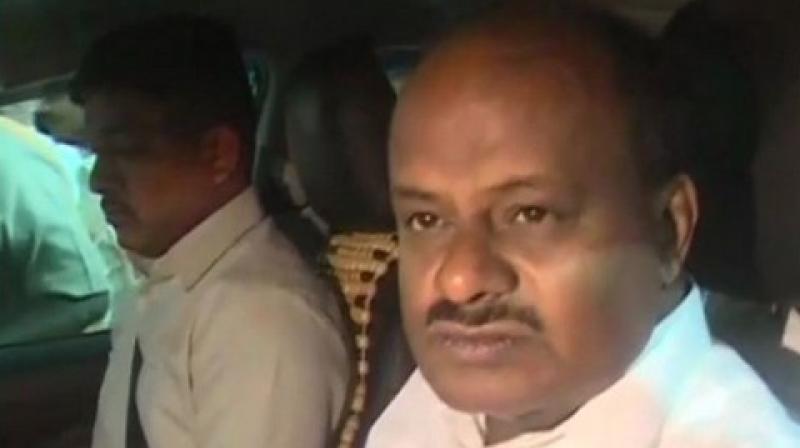 The Congress-JD(S) alliance is strong and it would contest the Lok Sabha polls together, he said. (Photo: File)

New Delhi: Chief Minister HD Kumaraswamy said on Thursday that his party JD(S) has not yet discussed with its ally, the Congress, the seat-sharing formula for the 2019 Lok Sabha elections.

The JD(S) leader's comment came in the wake of Congress leader Siddaramaiah in Hubbali on Thursday rubbishing BJP's claim that the coalition government in Karnataka would collapse due to an internal rift.

"There has not been any discussion on this (seat sharing) with the Congress so far. When the discussion has not yet taken place, then there is no question of any fight," Kumaraswamy told reporters when asked if the two parties have reached a seat-sharing formula for the 2019 polls.

The Congress-JD(S) alliance is strong and it would contest the Lok Sabha polls together, he said.

Siddaramaiah, who is the leader of the Congress-Janata Dal (Secular) coalition coordination committee, ruled out any differences between him and Deputy Chief Minister G Parameshwara over portfolio allocation to the newly-inducted ministers.

He was reacting to senior BJP lawmaker Umesh Katti's claim that 15 disgruntled legislators from the ruling coalition were in touch with him, and that the BJP would form the new government in Karnataka by next week.

"They (BJP) don't want to sit in the opposition and work. By using some wrong means, they want to form the government," Siddaramaiah told reporters in Hubbali.