The crop loss of nearly 33pc has been recorded in pockets of nine districts in Odisha. 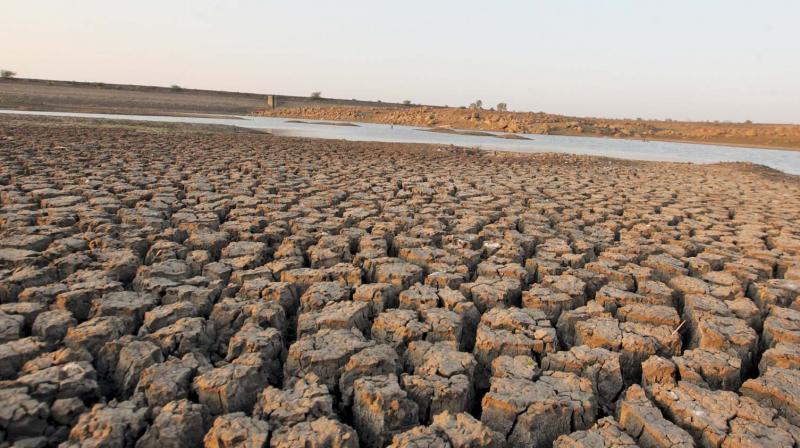 Odisha has sought assistance of Rs 1,534.82 crore from central government towards mitigation of farmers' problems due to the drought situation. (Representational Image)

Bhubaneswar: Odisha has sought an assistance of Rs 1,534.82 crore from the central government towards mitigation of farmers' problems due to the drought situation in certain pockets of nine districts, an official said on Friday.

The state government, in its memorandum submitted to the Ministry of Agriculture and Farmers Welfare, said that a crop loss (mainly paddy) of 33 per cent and above had been recorded in some pockets of the state as a result of erratic rainfall and moisture-stress condition.

The crop loss had been recorded in pockets of nine districts such as Bargarh, Bolangir, Deogarh, Jharsuguda, Kalahandi, Nabarangpur, Naupada, Sambalpur and Sundergarh, the memorandum said.

An official at the Special Relief Commissioner (SRC) office said that taking into account the representations received from the farmer’s organisations and peoples representatives regarding drought situation, the Collectors were directed to conduct joint field enquiry through the field functionaries of the Agriculture and Revenue Department and submit a report.

"As per the reports received from the Collectors, the government has declared an area of 324,590.8 hectares in 6,389 villages under 70 blocks and 101 wards of 19 ULBs of nine districts to be affected by drought, having sustained crop loss of 33 per cent and above during Kharif 2018," the official said.