At least 15 miners have been trapped in a coal mine in East Jaintia Hills of Meghalaya for more than two weeks. 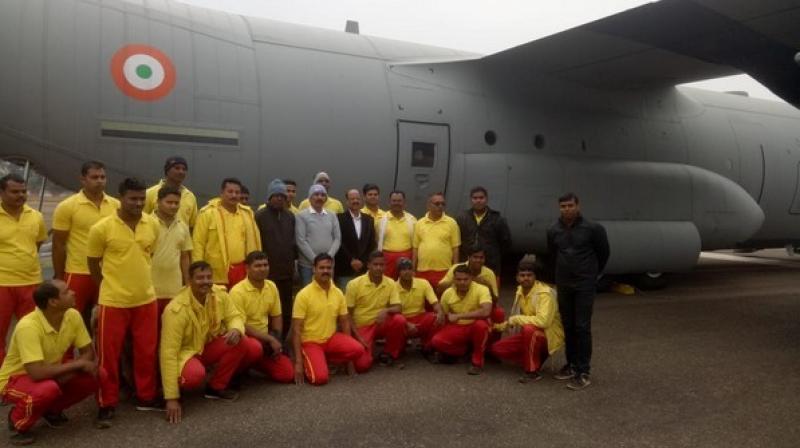 Bhubaneswar: An Indian Air Force transport carrier 'C-130J Super Hercules' with 20 Odisha Fire Services personnel onboard have left for Shillong from Bhubaneswar on Friday morning to rescue the trapped miners in Meghalaya.

At least 15 miners have been trapped in a coal mine in East Jaintia Hills of Meghalaya for more than two weeks. The attempts by other rescuers including National Disaster Response Force (NDRF) team and state authorities to reach the miners have yielded no success so far.

"The 20 member team of Odisha Fire Service which is headed by chief fire service officer is meant to assist the local authorities in rescue operations. They are carrying all equipment and pumps along with them so they can take out water from the inundated mine," said the Director General of Odisha Fire Service, Bijay Kumar Sharma.

The Odisha Fire Service team is equipped with 15 high pressure pumps to drain out water from the mine in which the miners are trapped.

Odisha's Special Relief Commissioner had sought the help of Fire and Emergency Service for assistance in the rescue operation following which the Director General of Odisha Fire Service selected a team of 20 trained personnel who have worked during Kerala flood and deputed them on the emergency duty.

According to authorities, the high water level is proving to be the main obstacle in the rescue efforts.