The Karmapa is the head of the Karma Kagyu sect of Tibetan Buddhism. 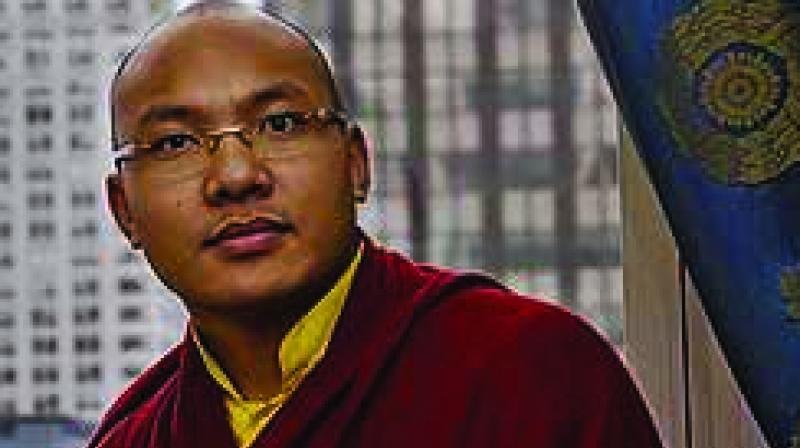 New Delhi: India is understood to be upset with Tibetan Buddhist monk Ogyen Trinley Dorje — whom it does not recognise as the 17th “Karmapa” Lama —currently staying in the United States since he did not officially disclose to Indian authorities that he had acquired a passport of the Commonwealth of Dominica, a country in the Caribbean. New Delhi is also learnt to be upset with Dorje since he has been claiming that India is not giving him a visa but it has now come to light that Dorje has not even sought an Indian visa to visit.

India’s view has been that Dorje is free to visit India whenever he wants and is understood to have conveyed this to him several months ago. New Delhi’s official position has been that it does not recognise Dorje as the 17th Karmapa Lama since there are other contenders for the title. The Karmapa is the head of the Karma Kagyu sect of Tibetan Buddhism.

Dorje’s stay earlier in India has been controversial, with some media reports speculating that Indian intelligence agencies had suspected  Dorje earlier of being a Chinese agent. Dorje had fled to India as a 14 year-old boy in 2000. New Delhi is believed to be upset with Dorje since it feels he should have disclosed in good faith that he had acquired a passport of another country. This has automatically rendered his Identity Certificate (IC) — a document given to all Tibetan refugees in India — as invalid.

New Delhi is upset since Dorje has apparently been indicating time and again to the media that he wishes to come to India despite having not approached Indian missions in the US for a visa.

This despite Indian authorities having issued explicit instructions to the Indian consulates in the US for issue of a visa in case he applies. Dorje has apparently neither presented his passport for a visa nor has any individual come on his behalf with a passport. Incidentally, Dorje still has his residence in India provided by the Union Government along with requisite transportation facilities.