'As BJP tweeted trailer from their official Twitter... it evident it's BJP's propaganda/campaign movie,' Cong said. 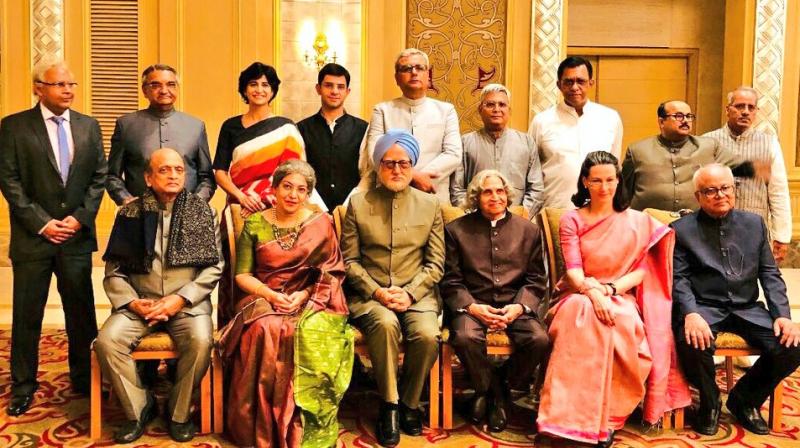 The trailer of the movie, 'The Accidental Prime Minister' shows former prime minister Manmohan Singh as a victim of the Congress' internal politics ahead of the 2014 general elections. (Photo: Twitter | @TAPMofficial)

Mumbai: The Maharashtra Youth Congress on Friday withdrew its demand for a special screening of the film ‘The Accidental Prime Minister’, claiming that it did not wish to see the "campaign movie of the BJP".

The trailer of the film was released in Mumbai on Thursday. It shows former prime minister Manmohan Singh as a victim of the Congress' internal politics ahead of the 2014 general elections.

On Thursday, Maharashtra Youth Congress chief Satyajeet Tambe had written to the film's producer, Bloom Art PTE's Sunil Arora, demanding a special screening before the movie hit the screens as well as "course correction" in case there was any distortion in the way events of the time were depicted in the film.

Withdrawing the demand, Tambe tweeted on Friday, "As BJP has tweeted trailer of #TheAccidentalPrimeMinister movie from their official Twitter handle... it is now evident that it is BJP's propaganda/campaign movie ... hence we don't even want to see this campaign movie of BJP and we withdraw our demand of special screening (sic)."

The film is based on the book of the same name by Sanjaya Baru who served as Singh's media adviser from 2004 to 2008.

Directed by Vijay Ratnakar Gutte, the film stars Anupam Kher as Manmohan Singh and Akshaye Khanna as Baru and is scheduled to release in theatres on January 11.