Sources said a host of issues, including Bhutan’s five-year development plan, is likely to be discussed during the visit. 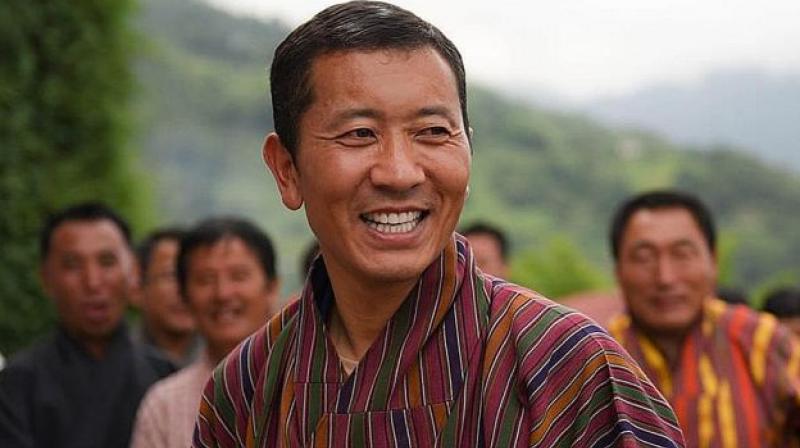 New Delhi: Bhutan Prime Minister Lotay Tshering arrived here Thursday on a three-day visit during which he will hold talks with his counterpart Narendra Modi on a host of issues, including the Himalayan nation’s five-year development plan.

On his first visit to the country since taking cha-rge last month, Mr Tshering was received by minister of state for finance Shiv Pratap Shukla. He will be given a ceremonial reception on Friday and will hold  talks with Prime Minister Modi the same day.

Sources said a host of issues, including Bhutan’s five-year development plan, is likely to be discussed during the visit.

The ministry of external affairs had earlier said the two sides are likely to discuss all aspects of bilateral relations, including high-level exchanges, people-to-people ties, and economic, development and hydropower cooperation.

The visit will provide an opportunity to both sides to review the progress in the multi-faceted partnership, and discuss ways and means to expand the enduring ties of friendship and cooperation, the MEA had said.