Khan, who is admitted in Canada hospital, has reportedly developed breathing issues and has been transferred to BiPAP ventilator. 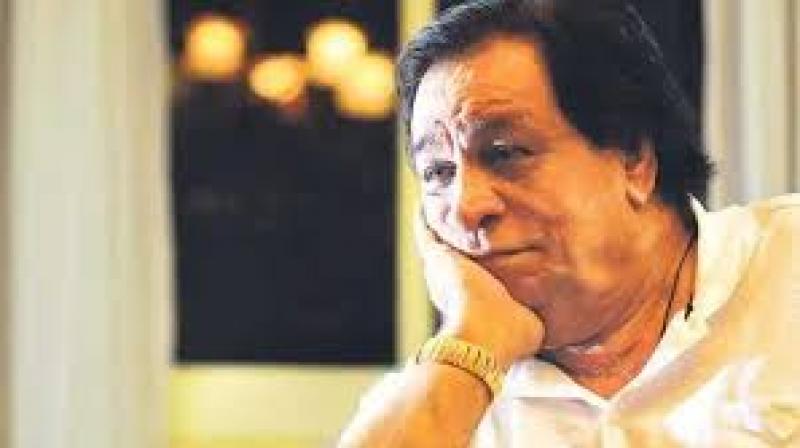 Kader Khan has till now featured in over 300 films and has written dialogues for over 250 movies. (Photo: Twitter | @SrBachchan)

Mumbai: Veteran actor-writer Kader Khan has been hospitalised in Canada, according to reports.

The 81-year-old actor has reportedly developed breathing issues and the doctors have transferred him from regular ventilator to BiPAP ventilator.

Bachchan and Khan worked together on films such as "Do Aur Do Paanch", "Muqaddar Ka Sikandar", "Mr. Natwarlal", "Suhaag", "Coolie" and "Shahenshah". Born in Kabul, Afghanistan on October 22, Khan made his acting debut in 1973 with Rajesh Khanna's "Daag". Prior to that, he had written dialogues for Randhir Kapoor-Jaya Bachchan's "Jawani Diwani".

Khan has also penned dialogues for "Coolie No. 1", "Main Khiladi Tu Anari", "Karma" and "Sultanat". The actor has till now featured in over 300 films. He has written dialogues for over 250 movies.