He congratulated Prime Minister Narendra Modi and the entire BJP-led NDA government for the passage of the bill. 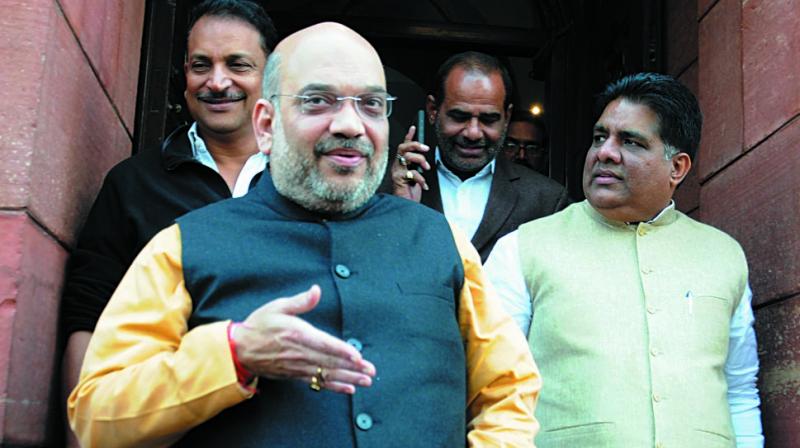 New Delhi: Hailing the passage of a bill by the Lok Sabha to make instant triple talaq illegal, BJP chief Amit Shah on Thursday said the "historic step" will bring a "new era of hope and respect in the lives of Muslim women".

He congratulated Prime Minister Narendra Modi and the entire BJP-led NDA government for the passage of the Muslim Women (Protection of Rights on Marriage) Bill, which brings the practice of triple talaq within the ambit of criminal offence.

"This bill is a historic step towards ensuring dignity for Muslim women. I thank all fellow Parliamentarians who have supported this bill, which will bring a new era of hope and respect in the lives of Muslim women," Shah tweeted.

The contentious bill, which makes instant triple illegal with up to three years in jail for the husband, was passed after the House rejected a string of amendments moved by various opposition members.

MPs from the RJD, AIMIM, BJD, AIADMK and All India Muslim League opposed the bill, calling it arbitrary in nature and a faulty proposal.

The bill gives power to the victim to approach a magistrate seeking "subsistence allowance" for herself and minor children. A victim can also seek the custody of her minor children from the magistrate.