'CPEC is not directed at any third party and we hope it can bring benefits for third country,' Chinese spokesperson said. 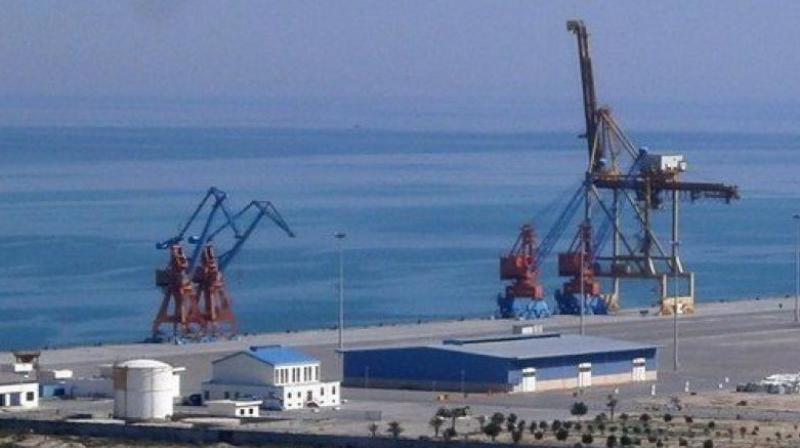 Beijing: China on Wednesday said that its ambitious China-Pakistan Economic Corridor (CPEC) is not directed against India and the project should not be influenced or disturbed by any third country, a day after Beijing offered to extend the USD 50 billion project to Afghanistan.

At the first trilateral meeting of Foreign Ministers of China, Pakistan and Afghanistan at Beijing on Tuesday, China offered to extend CPEC to Afghanistan as the three sides pledged to step-up counter terrorism cooperation and not to allow any country, group or individual to use their soils for terrorism.

When asked about reports that China's plans to extend the CPEC to Afghanistan sparked concerns in India, Chinese Foreign Ministry spokesperson Hua Chunying said the project extension is not directed at any third country.

She said the project serves the common interests of the three counties.

"This cooperation is not directed at any country and any party. The dialogue and cooperation should not be influenced or disturbed by any country," she said.

Though Hua did not directly name India, she was responding to a question on reports about India's concerns about CPEC, which passes through Pakistan-occupied Kashmir.

"We stressed many times, CPEC is not directed at any third party and we hope it can bring benefits for third country," Hua said, referring to India's concerns.

The CPEC, a flagship project of China's prestigious One Belt One Road, links its restive Xinjiang region with Pakistan's Balochistan province.

"It is an economic cooperation programme and it should not be politicised and has nothing to do with territorial dispute," she said, adding that the project will bring the benefit to the third party and the whole region. Afghanistan is a common neighbour of China and Pakistan. They have strong desire to develop economy and improve livelihood. They are willing to integrate into the regional connectivity process and willing to integrate into CPEC," she said.

The three sides have agreed to promote connectivity under Belt and Road Initiative framework and follow the principle of starting from easy and smaller projects step by step to identify cooperation projects for common development, she said.

During the trilateral meeting, a consensus has been reached on eight point plan to bring peace between Afghanistan and Pakistan. The consensus included a security mechanism to enhance counter-terrorism cooperation to fight all forms of terrorist organisations and terrorists, she added.

She said Afghanistan and Pakistan will promote the exchanges between their clerics and avoid the spread of religious extremism.

Under the trilateral framework of the dialogue, the countries should follow the principle of mutual benefit and equal consultation, she said.

She said the three sides have agreed to stay committed to the four goals - support Afghanistan's peaceful reconstruction and reconciliation peace process, help Afghanistan and Pakistan to improve and develop ties, promote joint security of the region, promote regional connectivity, and BRI.

The three sides reaffirmed their commitment to an Afghan-led and Afghan-owned Afghan peace process. Afghanistan and Pakistan have agreed to align their development strategies to BRI and actively explore the trilateral cooperation under it.

China and Pakistan have also agreed to provide assistance to Afghanistan in areas such as public health, human resources, and agriculture, Hua added.