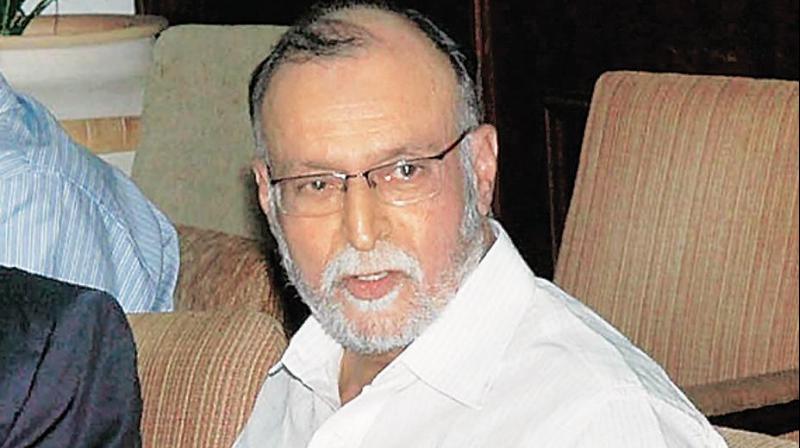 New Delhi: The NDA government on Wednesday appointed career bureaucrat Anil Baijal as the next Lieutenant Governor of Delhi, a post that fell vacant after sudden resignation of Najeeb Jung.

A 1969 batch IAS officer, Baijal had served as Union Home Secretary under the Atal Bihari Vajpayee government besides holding key positions in other ministries.

70-year-old Baijal, whose appointment papers was approved by President Pranab Mukherjee, had retired from service in 2006 as Secretary, Urban Development Ministry. He is a former vice chairman of Delhi Development Authority.

The former bureaucrat was also on the executive council of the think-tank Vivekananda International Foundation, several of whose former members have been appointed to senior positions by the Modi government including National Security Advisor Ajit Doval.

Meanwhile, the government today recommended to the President, who on his annual winter sojourn at Rashtrapathi Nilayam in Secunderabad, acceptance of Jung's resignation.