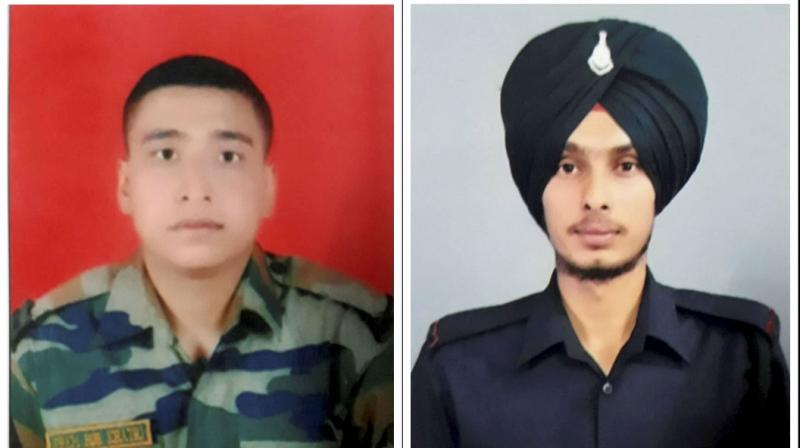 SRINAGAR: The renewed intermittent clashes between the facing armies along the Line of Control (LoC) that began in Jammu and Kashmir's Poonch district earlier this week spread to neighbouring Rajouri district on Friday, leaving, at least, two more Indian soldiers dead.

The Army said that the Pakistani troops resorted to "unprovoked ceasefire violation" in Suderbani area of Rajouri early Friday.  “Pakistan Army resorted to unprovoked cease fire violation on the LoC in Sunderbani sector of district Rajouri  on  November 27,” Lt. Col. Devender Anand, the Jammu-based defence spokesman said. He added, “Own troops responded immediately to the enemy fire. In the ensuing fire, two jawans of the Indian Army Naik Prem Bahadur Khatri and Rifleman Sukhbir Singh got critically injured and later succumbed to their injuries.”

On Thursday, a Junior Commissioner Officer (JCO) Subedar Swathantra Singh of 16 Garhwal was killed and a local resident Muhammad Rashid was injured in Pakistani artillery and small arms fire along the LoC's Kirni and Qasba  sectors in Poonch district.

Earlier the Pakistani authorities reported the death of a 33-year-old civilian Ansar Ahmed in what they alleged was Indian Army's unprovoked ceasefire violation in Bagsar sector along their side of the LoC. They said the victim was  moving on motorbike near his house in Garhi village.