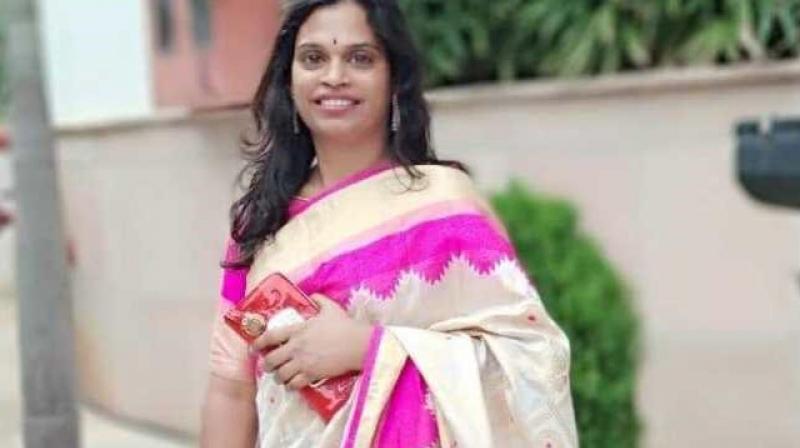 Chandramukhi M is a candidate of the Bahujan Left Front, led by the CPM, on the Goshamahal seat in Hyderabad. (Photo: ANI)

Hyderabad: A 32-year-old transgender activist who is contesting the Telangana assembly elections on a Left party ticket has gone missing, the police said. A "missing person" case has been filed, a police officer said.

Chandramukhi M is a candidate of the Bahujan Left Front, led by the CPM, on the Goshamahal seat in Hyderabad. Her supporters say they went looking for her everywhere possible the entire day on Tuesday, but could not find her.

"She has been unreachable and her mother has been in a state of extreme despair. She is feared to be kidnapped," a police complaint filed by Chandramukhi's aides said.

"We fear for her safety and condemn the lack of safety measures organised for her and for other women and transgender candidates," one of her supporters said.

Chandramukhi's campaign kicked off a day before she went missing, they said.

Voting in Telangana is on December 7.