India was represented by Union ministers Harsimrat Kaur Badal and Hardeep Singh Puri at the event. 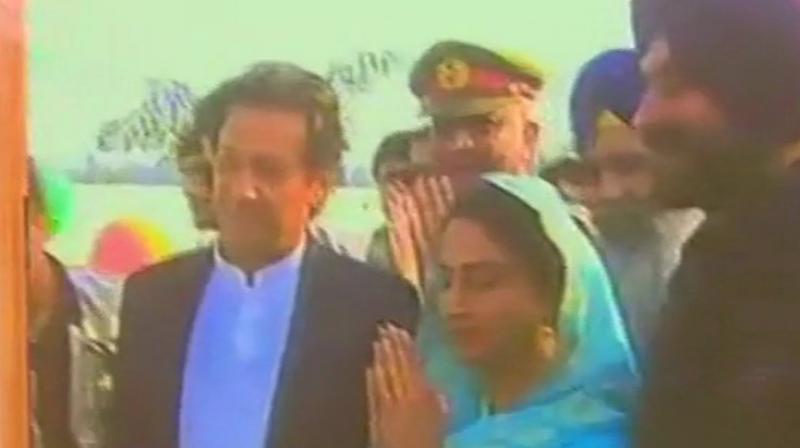 The first Gurdwara, Gurdwara Kartarpur Sahib, was built here, where Guru Nanak Dev is said to have died. The Kartarpur Corridor, which will facilitate the visa-free travel of Indian Sikh pilgrims to Gurdwara Darbar Sahib in Kartarpur, is expected to be completed within six months. The development comes ahead of Guru Nanak's 550th birth anniversary next year.

Thousands of Sikh devotees from India visit Pakistan every year to celebrate the birth anniversary of Guru Nanak.

India had proposed the corridor to Pakistan around 20 years back. India was represented by Union ministers Harsimrat Kaur Badal and Hardeep Singh Puri at the event. Punjab cabinet minister Navjot Singh Sidhu also attended the ceremony.

Last week, Pakistan and India announced that they would develop the corridor on their respective side of the border to help Indian pilgrims visit Gurdwara Darbar Sahib in Kartarpur.

The ties between the two countries had strained after the terror attacks by Pakistan-based groups in 2016. Pakistan had invited External Affairs Minister Sushma Swaraj, who thanked her Pakistani counterpart Shah Mahmood Qureshi for the invite and said she was unable to travel to Kartarpur Sahib due to prior commitments.

The issue of Kartarpur Sahib came into focus after Punjab Minister Navjot Singh Sidhu visited Pakistan in August to attend the oath-taking ceremony of his cricketer-turned-politician friend Imran Khan as prime minister of that country.

After his return, Sidhu said that Pakistan Army chief Qamar Javed Bajwa had told him that Pakistan may open a corridor to Kartarpur Sahib. Sidhu has already arrived in Lahore with a group of Indian journalists to attend the ground breaking ceremony on Wednesday.