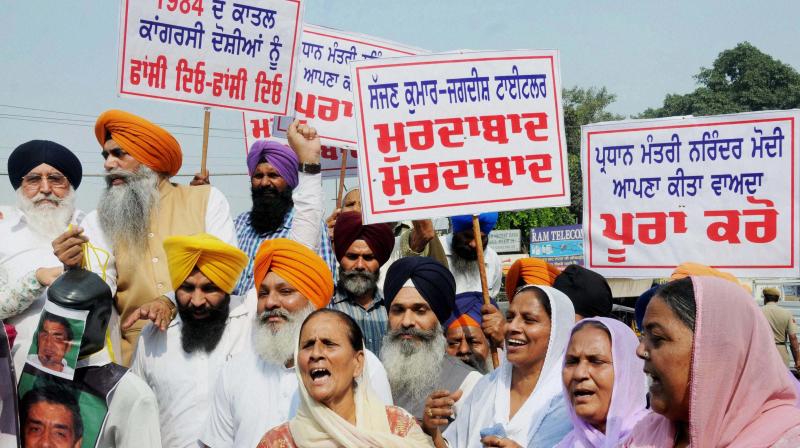 Justice R K Gauba dismissed their 22-year old appeals against conviction by a trial court and asked all the convicts to surrender forthwith to undergo the prison term. (Photo: PTI)

New Delhi: The Delhi High Court on Wednesday upheld the conviction of around 80 people and awarded them five year jail term for rioting, burning houses and violation of curfew during the 1984 anti-Sikh riots.

Justice R K Gauba dismissed their 22-year old appeals against conviction by a trial court and asked all the convicts to surrender forthwith to undergo the prison term.

The convicts had challenged the August 27, 1996 judgement of a Sessions Court which had convicted 88 out of the 107 people arrested on November 2, 1984 for rioting, burning houses and curfew violation in Trilokpuri area of East Delhi.

After the assassination of the then Prime Minister Indira Gandhi on October 31, 1984, the next couple of days witnessed widespread rioting and killings of Sikhs in the national capital.

According to the FIR lodged in connection with the Trilokpuri incident, 95 people had died in the rioting and 100 houses were burnt, said senior advocate H S Phoolka, who has been representing the riot victims in various matters.

Of the 88 convicts who moved the high court, several have died during the pendency of their appeals and the case against them has abated, police had earlier said.