On September 30, Rehana Fathima had posted a picture on Facebook, dressing up like an Ayyappa devotee with the caption 'Thathvamasi'. 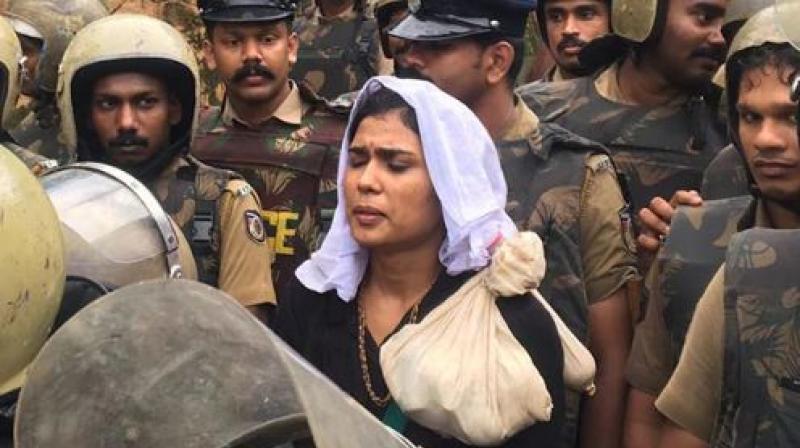 Fathima, along with a woman journalist, had gone to the Sabarimala Temple in October. (Photo: ANI)

Pathanamthitta: The Bharat Sanchar Nigam Limited (BSNL) on Tuesday suspended model and woman activist Rehana Fathima from the post of telecom technician after she was arrested by the Pathanamthitta Police for allegedly hurting the religious sentiments of people.

On September 30, Fathima had posted a picture on Facebook, dressing up like an Ayyappa devotee with the caption 'Thathvamasi'.

The Kerala police registered a case against her on October 30 after the Sabarimala Samrakshana Samithi, a group that claims to fight for Sabarimala's traditions, accused her of insulting the Hindu beliefs with what they described as her "provocative" social media posts.

Fathima, along with a woman journalist, had gone to the Sabarimala Temple in October. However, she had to return halfway due to protests. Later, her house was allegedly vandalised by some unidentified men.

So far, no woman has entered the holy shrine despite Supreme Court's September 28 order that lifted the ban on the entry of women of menstruating age inside the temple.