Reports said kids were used in the mock drill by the policemen. 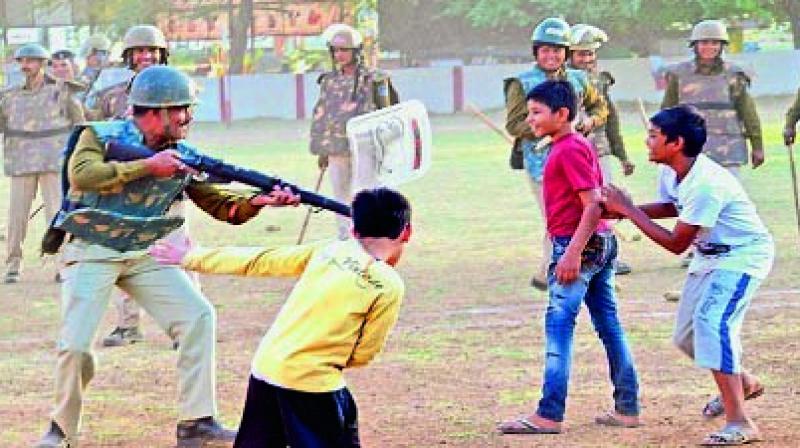 An MP policeman playfully points a gun at children in the district headquarters town of Mandsaur.

Bhopal: Police personnel participating in a mock drill in a Madhya Pradesh district on Monday landed in trouble for “playfully” pointing guns at kids.

The incident occurred in the district headquarters town of Mandsaur, where six farmers were killed in police firing in April this year during the tillers’ stir in the state.

Reports said kids were used in the mock drill by the policemen.

The incident has sparked outrage with child rights activists demanding action against the policemen involved in it. Two members of an NGO — Empowerment of Women and Child Protection — Ravindra Mahajan and Raghavendra Sharma lodged a complaint with the local police in this regard. The police initially tried to underplay the incident saying that the cops were playing with the kids after the mock drill. However, police decided to act on it when the incident kicked up a storm.

“The matter is serious. We will conduct a probe into it”, a senior district police officer told this newspaper.