The strike call by the Left Front has been opposed by the ruling TMC in West Bengal, and there was no disruption of civil life in Kolkata. 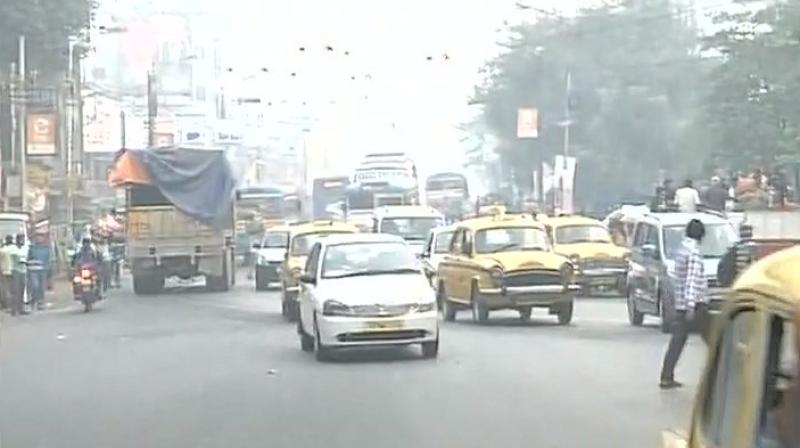 Over 3,000 police personnel have been deployed in Kolkata to tackle any untoward incident. (Photo: ANI Twitter)

Kolkata: The state-wide 12-hour strike called by the Left parties to protest the demonetisation of Rs 1000 and Rs 500 notes began in West Bengal on Monday, with normal life visibly unaffected in the first few hours.

Government buses and other private vehicles were seen plying on the road.

"So far there has been no major incident, except a few small ones in the districts," a senior police official said.

The strike call by the Left Front has been opposed by the ruling TMC in West Bengal.

"We oppose bandhs. We will take out a protest march (against demonetisation) on Monday," state Chief Minister Mamata Banerjee had said.

The TMC said it was against putting people to more hardship when they are "already facing a lot of problems owing to the scarcity of cash".

Instead, the TMC will take out a rally from College Square to Esplanade on Monday to protest against demonetisation, TMC general secretary Subrata Bakshi had said.

The state government has ordered all its employees to attend offices on Monday and Tuesday.

Exceptions would be made only in case of bereavement, maternity leave, hospitalisation and other 'genuine reasons', a circular issued by the state finance department said.

Over 3,000 police personnel have been deployed in the metropolis to tackle any untoward incident, Kolkata Police Additional Commissioner of Police (III) Supratim Sarkar had said.