The car was found abandoned in Kaithal, about 70 km from Nabha in Punjab where the jailbreak incident took place on Sunday. 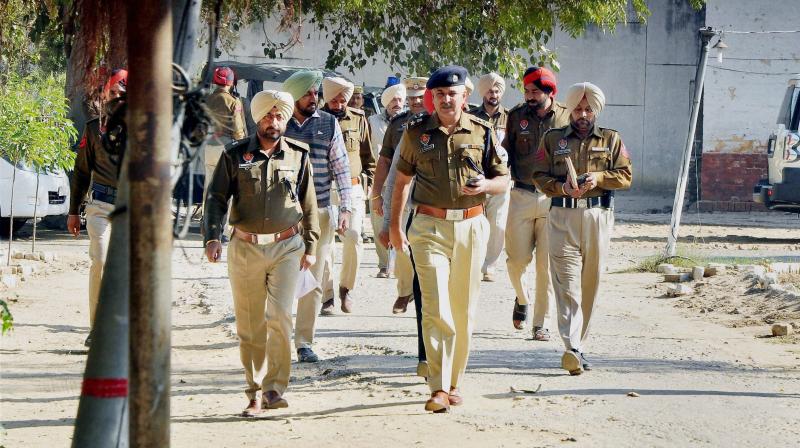 The Haryana police force was on maximum alert on Monday, a day after the sensational Nabha jailbreak incident in neighbouring Punjab. (Photo: PTI/File)

Chandigarh: The Haryana police force was on maximum alert on Monday, a day after the sensational Nabha jailbreak incident in neighbouring Punjab, even as one more abandoned car was found in Kaithal district.

Acting on inputs that some fugitives had passed through Haryana territory, the police remained on maximum alert and a vigorous search was on to nab the accused.

"We are maintaining a high alert. If any of the fugitive is found in Haryana, we will immediately nab him," IGP Karnal Range, Subhash Yadav said.

Another car was on Monday found abandoned in a village in Haryana's Kaithal district after the Nabha jailbreak incident.

The car was found abandoned in Pharal village in Kaithal district. Kaithal in Haryana is about 70 km from Nabha in Punjab where the jailbreak incident took place on Sunday.

"A car has been found in the village," IGP Yadav said, adding it was suspected to have been used in yesterday's jailbreak incident.

Another car had been found abandoned yesterday in Solumajra in Kaithal and is suspected to have been used by prisoners who escaped from the Nabha jail.

"Some Punjab Police uniforms and some telephone numbers written on torn pieces of papers had been found from the car which was found in Solumajra. Further investigation in the matter is being conducted by Punjab Police," Deputy Superintendent of Police, Kaithal, Tarun Kumar said.

Police teams from Punjab were called in for a coordinated investigation in the case.

Security has been beefed up in Haryana and police force has been put on high alert after Nabha jailbreak incident at Patiala in neighbouring Punjab on Sunday.

Checking is being carried out at 'nakas', Yadav said. Khalistan Liberation Front Chief Harminder Singh Mintoo, who had escaped from Nabha jail in Punjab along with five other inmates on Sunday, was today nabbed from Nizamuddin Railway Station in Delhi.