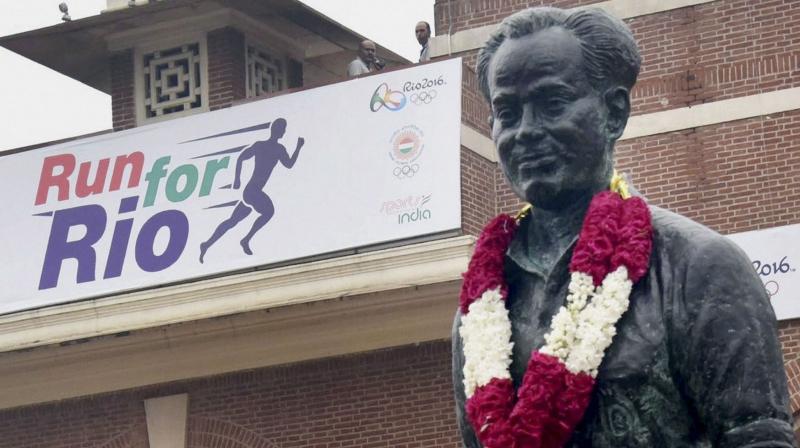 New Delhi: India's inspiring show at the Tokyo Olympics and Paralympics reflected in an unprecedented 11 recommendations for the Khel Ratna award, including that of champion javelin thrower Neeraj Chopra, as the selection committee also named 35 athletes for the Arjuna honour here on Wednesday.

All five gold medallists from the Tokyo Paralympics — Avani Lekhara (shooting), Manish Narwal (shooting), Sumit Antil (athletics), Pramod Bhagat (badminton) and Krishna Nagar (badminton) — were also rewarded for their performance as they also made the cut in the list which will now be sent to the Sports Ministry for approval.

Boxer Lovlina dedicated the recommendation for the country's highest sporting honur to her parents. “It's one of the proudest day for me as an athlete to have been recommended for the Khel Ratna award. I would like to thank Honourable Prime Minister Shri Narendra Modi sir, Sports Minister Anurag Thakur sir, SAI, BFI, coaches and everyone who is part of my journey. “I would like to dedicate this award to my parents. I will continue to work hard and my aim is to bring more laurels for my nation,” she said.

India sent its biggest contingent to the Tokyo Olympics with as many as 121 athletes presenting their challenge and the country achieved its best-ever show by winning seven medals, including one gold, two silver and four bronze.

Last year, five athletes were picked for the Khel Ratna while four were selected after the 2016 Rio Games, but India's phenomenal performances in the Tokyo Olympics and Paralympics has resulted in unprecedented numbers of recommendations.

The announcement of the national sports awards was delayed in order to consider the performances of para-athletes in the Tokyo Paralympics, held from August 24 to September 5. The committee also recommended 35 athletes for the Arjuna award, eight more than last year's picks.

Cricketer Shikhar Dhawan, para table tennis player Bhavina Patel, para shuttler Suhas Yathiraj and high jumper Nishad Kumar are among those selected for the Arjuna award, which is given to outstanding performers.

Dhawan, in fact, became the 57th cricketer to receive the Arjuna award.
All members of the historic Tokyo Olympics bronze medal-winning men's hockey team, who have previously not won the award, have also been recommended for the Arjuna recognition.

Women's hockey team members Vandana Katariya and Monika, who were instrumental in the team's brilliant performance at the Tokyo Olympics, Bhavani Devi, who was the first fencer from India to qualify for the Olympics, boxer Simranjit Kaur, wrestler Deepak Punia, pistol shooter Abhishek Verma, boxer Simranjit Kaur, kabaddi player Sandeep Narwal, women's tennis player Ankita Raina are among others to get recommendation.

According to information received, the Dronacharya award has been accorded to athletics coaches Radhakrishna Nair and TP Ouseph and hockey coach Sandeep Sangwan among others.