Two gas tankers rammed into one another and exploded, engulfing 5 other vehicles in fire. 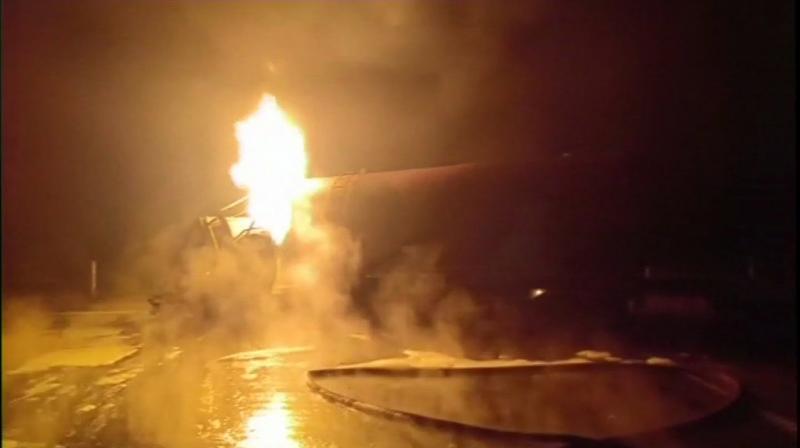 Fire tenders were rushed to the spot and have brought the blaze under control. Police have begun investigating the incident. (Photo: Twitter | @ANINewsUP)

Mathura: Three people were critically injured after a gas tanker rammed into another gas tanker and exploded on the Yamuna Expressway in the wee hours of Sunday. The incident took place in Surir near Milestone 85.

The fire which engulfed 5 other vehicles, was later brought under control by fire tenders.

Police were present at the spot and have begun investigating the incident.