India   All India  28 Sep 2021  PM launches mission to issues health cards to all
India, All India 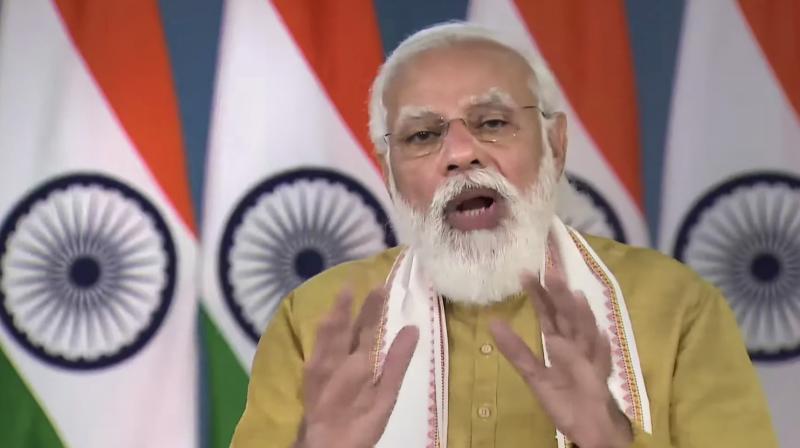 New Delhi: Prime Minister Narendra Modi on Monday launched the Ayushman Bharat Digital Mission, under which a digital health ID will be provided to citizens that will carry their health records, and said it has the potential to bring revolutionary changes in healthcare.

In his address after the virtual launch, Modi also said health has a very strong relationship with tourism as a good and integrated health infrastructure also improves the tourism sector.

Noting that digital infrastructure is bringing everything from — ration to administration (Ration to Prashaasan) — to the common Indian in a fast and transparent manner, the Prime Minister said, “the way technology is being deployed in governance reforms today is unprecedented.”

The mission marks a new phase in efforts of the last seven years of strengthening health facilities, he said and added that its reliable data will lead to better treatment and savings for patients. “These healthcare solutions are a big investment in the present and future of the country,” he added.

The scheme, which will help doctors anywhere find the medical record of a patient with the latter's consent, will help the poor and middle class most, he said.

The pilot project of the Ayushman Bharat Digital Mission was announced by the prime minister from the ramparts of the Red Fort on August 15, 2020 and was in six union territories. Now it will be rolled out nationwide. Its nationwide roll-out coincides with the National Health Authority celebrating the third anniversary of the Ayushman Bharat Pradhan Mantri Jan Arogya Yojana (AB PM-JAY).