The bypoll to the Assembly seat was necessitated after the RLP chief'’s election to the Lok Sabha earlier this year. 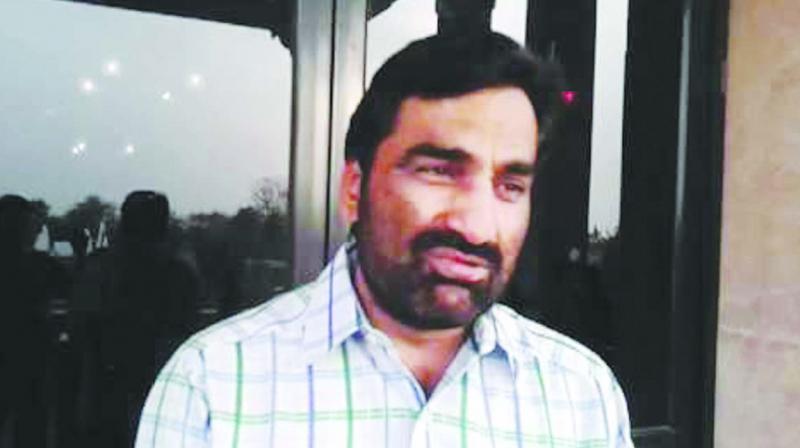 Sources stated that BJP's long-term prospects in the region would be hampered by the move as Mr Be-niwal is likely to field a family member for the seat that is set for a byelection.

It was also felt that the Jat leader had already extracted his pound of flesh when the party decided to allow him to contest and win from the Nagaur Lok Sabha seat early this year. The bypoll to the Assembly seat was necessitated after the RLP chief'’s election to the Lok Sabha earlier this year.

Mr Beniwal is considered to have a strong influence in the region which is dominated by the Jats and has represented the Khinvsar Assembly constituency thrice before being elected to the Lok Sabha. The tie-up between BJP and RLP for a Mt Beniwal-backed candidate to contest from the seat came on Thursday. It is learnt that the Central leadership of the BJP had given in to the demands of its lone Rajasthan ally who is considered crucial at this juncture by the party. However, the move has not gone down very well with the state unit. They feel that the party is not thinking long term in the terms of its own growth in the region and promoting Mr Beniwal could prove to be counter productive in the long run.

Mr Beniwal was expelled from the BJP in 2013 after run in with the Vasundhara Raje camp. But ahead of the  2014 polls he was fielded from Nagaur Lok Sabha seat in place of Union minister C.R. Chaudhary.

After a trouncing in the Rajasthan Assembly polls held late last year, the BJP had wooed the RLP for its influence amongst the Jats. The BJP had joined hands with Mr Beniwal’s party just weeks ahead of crucial the Lok Sabha polls. Due to the high population percentage of Jats in several regions of Rajasthan, Mr Beniwal’s party exerts influence in at least seven out of 25 Lok Sabha seats.

Beniwal was also roped in to campaign for the BJP in areas with considerable Jat voter base. The BJP-RLP alliance had secured all 25 Lok Sabha seats in Rajasthan earlier this year. This completely reversed the Assembly polls outcome as the BJP was only able to secure 75 seats in the 200 members in the recently held state Assembly polls, losing the crucial state to the Congress which was able to secure 99 seats.

Meanwhile, the BJP has decided to put up its party candidate in the Mandawa assembly seat, which also goes to bypolls as its sitting MLA Narendra Kumar  Khichar was also elected to the Lok Sabha from Jhunjhunu earlier this year. By polls for the two seats are scheduled to take place on October 21. Winning the two seats is being considered a battle for honour as the NDA tries to retain these from slipping into the ruling Congress' hands.