'A conspiracy against nation has been unearthed by police,' Fadnavis said on the arrest of 5 activists. 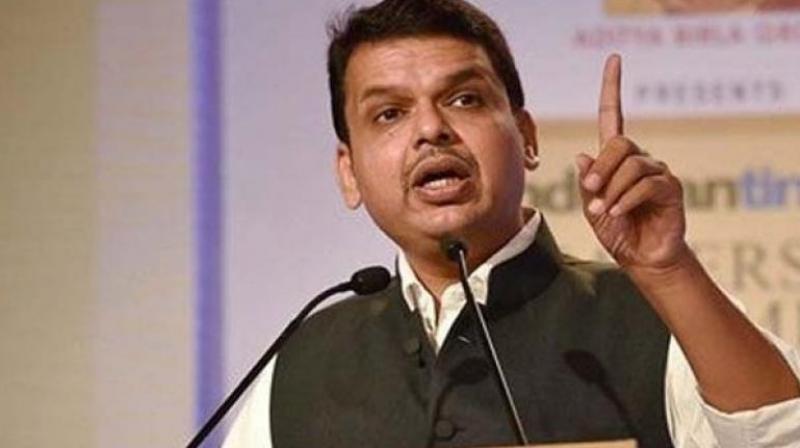 Maharashtra CM Devendra Fadnavis also defended the state police for addressing a press conference after the arrest, which had been come in for criticism. (Photo: File | PTI)

Mumbai: Maharashtra Chief Minister Devendra Fadnavis on Friday welcomed the Supreme Court's refusal to interfere with the probe by the state police against five Left-wing activists in connection with violence in Koregaon- Bhima in December last year.

Fadnavis said the decision of the top court proved that there was no conspiracy behind action by the state police against Varavara Rao, Arun Ferreira, Vernon Gonsalves, Sudha Bharadwaj and Gautam Navlakha.

The five are under arrest at their respective homes since August 29.

Fadnavis was reacting soon after the Supreme Court declined to appoint a Special Investigation Team (SIT) to probe the arrest of the five activists by the Pune police.

The court said the arrests were not because of dissent of activists but there was prima facie material to show their link with banned CPI (Maoist) organisation.

The three-judge bench headed by Chief Justice Dipak Misra, in a 2:1 verdict, refused the plea seeking the immediate release of the activists.

"The Supreme Court has vindicated the state government and the Pune police. The court has no doubt over the material evidence submitted," the chief minister told reporters.

"A conspiracy against the nation has been unearthed by the police," he said on the arrest of the five activists.

According to the Supreme Court order, the government will go to the "appropriate forum" in the case, he said.

Fadnavis also defended the state police for addressing a press conference after the arrest, which had been come in for criticism.

"A lot of things were said against the police after the arrest and an atmosphere was created by pseudo, so-called neo-liberals in the media that the arrests have been made without evidence. The police had to say that the arrests were not motivated but backed by real and powerful evidence," he said.

Prominent Telugu poet Rao was arrested on August 28 from Hyderabad, while activists Gonsalves and Ferreira were nabbed from Mumbai, trade union activist Sudha Bharadwaj from Faridabad in Haryana and civil liberties activist Navlakha from Delhi.

The majority verdict by the Supreme Court said the protection of house arrest of the activists will remain in force for four more weeks to enable the accused to seek appropriate legal remedy at appropriate legal forum.