The Indo-Myanmar border was not crossed, and it was not a surgical strike, says Army. 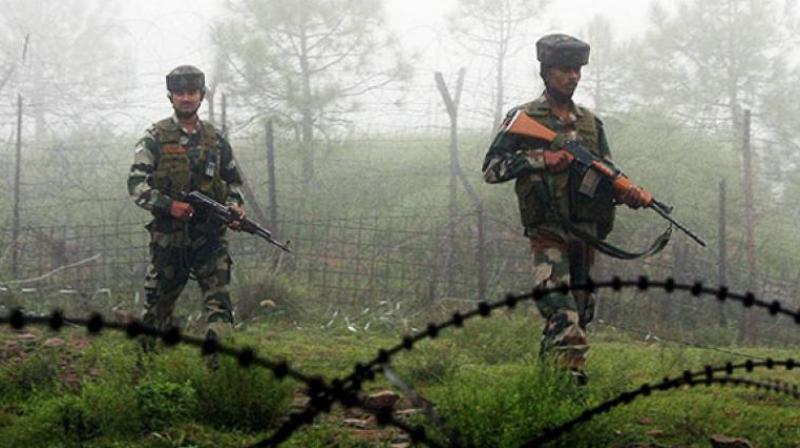 According to the sources, the SF team conducted the strike about 6 km deep inside Myanmar, and exited from Mon district in Nagaland.

New Delhi: Just about a year after India’s elite Special Forces carried out incisive strikes on militant launch pads across the Pakistan border inflicting huge damage, it was déja vu as about 40-odd specially-trained soldiers hit a camp of the National Socialist Council of Nagaland-Khaplang (NSCN-K) insurgents along the Indo-Myanmar border early on Wednesday morning.

Split into two groups, the team from 12 Para Special Forces attacked the thatched hutment amid thick jungle foliage along the undulating mountainous terrain located bang across the tri-junction of Arunachal Pradesh, Nagaland and Myanmar. Sources that this newspaper spoke to claimed that at least 11-12 insurgents had been gunned down.

After being cleared at the highest levels in New Delhi and acting on specific information, the SF team, fortified with night vision goggles and other navigational equipment, set out at around midnight from the Longding district in Arunachal Pradesh carrying AK-47, Israeli-made Tavor assault guns, rocket launchers and sniper rifles.

According to the sources, the SF team conducted the strike about 6 km deep inside Myanmar, and exited from Mon district in Nagaland. By about 6 am, they were back in their base with all members of the team safe and sound, sources added.

The Army, however, denied that the Indo-Myanmar border was crossed and claimed it was not a surgical strike. The Eastern Command stated that a column of the Indian Army operating along the Indo-Myanmar border was fired upon by unidentified rebels of the NSCN(K) at around 4.45 am. “Own troops reacted swiftly and brought down heavily retaliatory fire on insurgents. The insurgents then broke contact and fled from the spot. As per inputs, a large number of casualties were suffered by the insurgents. Own troops suffered no casualties,” an officer said.

The NSCN(K) offered a different version of events. A top leader of the outfit, Isak Sumi, said, “So far three Indian soldiers have been killed and unconfirmed number injured, but no casualty or injury on the Naga Army”.

“The encounter started around 3 am when the elite unit of the Naga Army detected a column of Indian Army approaching their temporary make-shift camp on the outskirts of Langkhu village located inside Myanmar occupied Naga area, 10-15 kms away from Indo-Myanmar border,” said Sumi, who did not respond to further queries.

Inhabited by the Konyak Naga tribe, Langkhu village is located inside Myanmar across Mon district with the nearest Myanmar Army post about 20 km away, in a place called Yanchong, which is administered from the Lahe township.

For over a month, the Indian government has embarked on a strong offensive against the NSCN(K) and several insurgents have been killed. Just last week, seven of its cadres were caught in Kohima while on an extortion drive.

Home minister Rajnath Singh declined to say much on the incident. “There are no two opinions that Myanmar is a friendly country. Whatever information we get, we will inform you about it,” he said.

The government is trying to send a signal to NSCN(K) to come to the negotiating table like the NSCN(Isak-Muivah) faction as it is felt that peace won’t hold out unless all the rebel groups agree to it.

On March 27, 2015, the NSCN(K) unilaterally withdrew from a 14-year old ceasefire with the Indian government. On June 9, 2015, the Indian Army had conducted similar strikes on two locations across Manipur and Nagaland along the Indo-Myanmar border and claimed significant successes in terms of destroying insurgent bases and casualties.