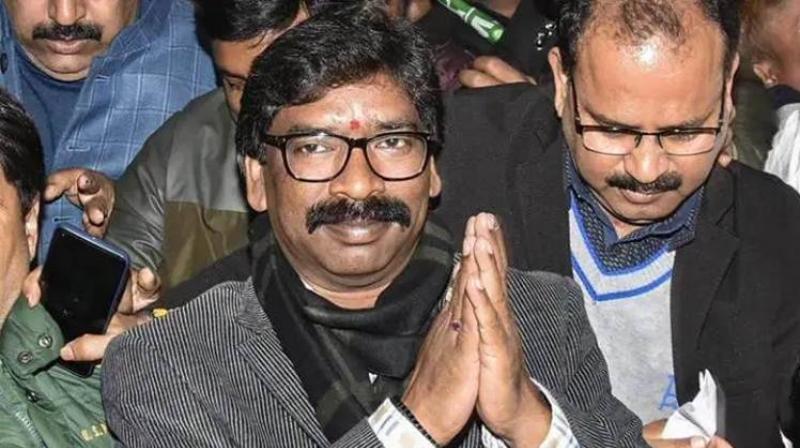 In a letter to Pokhriyal, the chief minister said there is a risk of spread of infection and with public transport not operating in the state, many candidates would face difficulties in reaching examination centres.

This comes a day after seven chief ministers of non-BJP ruled states, including Soren, decided to file a review petition urging the Supreme Court to reconsider its recent order rejecting the postponement of the two competitive exams.

The decision was taken during a meeting convened by Congress chief Sonia Gandhi on a range of issues ahead of Monsoon Session of Parliament.

Both these competitive examinations are extremely critical in the career of a student and their result would decide the course of one's future life, Soren said in his letter, a copy of which he shared on Twitter.

"Every examinee would thus try to put his best foot forward and, therefore, it is extremely essential to ensure that he takes these examinations in an environment of health safety and mental peace," he said.

"Currently the people of our country are engaged in combating once in a century disaster of COVID-19 which has affected millions and left thousands dead. Due to health scare as well the economic disruption, there is a widespread prevalence of psychological stress among the people," he added.

Soren said conducting examinations of such a large scale would require public transport and hospitality units to function smoothly and optimally.

"As part of its strategy to combat COVID-19, Government of Jharkhand has not yet commenced public transport and neither has it permitted opening of hotels, restaurants etc. Thus the examinees and their guardians are likely to face serious logistic issues," he said.

"Since there is no way to detect and prevent an infected examinee from appearing in the examination, it would therefore put the rest of the examinees and invigilators in a particular examination hall at the risk of being infected as well," Soren said.

"Since comorbidity amongst examinees cannot be ruled out, acquiring of infection by morbid examinees may be life threatening," he said.

"In view of the above, I would earnestly request you to kindly consider postponing these two examinations in the public interest," he said.