India   All India  28 Aug 2020  A day after Supreme Court says no to Muharram processions, Bombay High Court allows them
India, All India

A day after Supreme Court says no to Muharram processions, Bombay High Court allows them 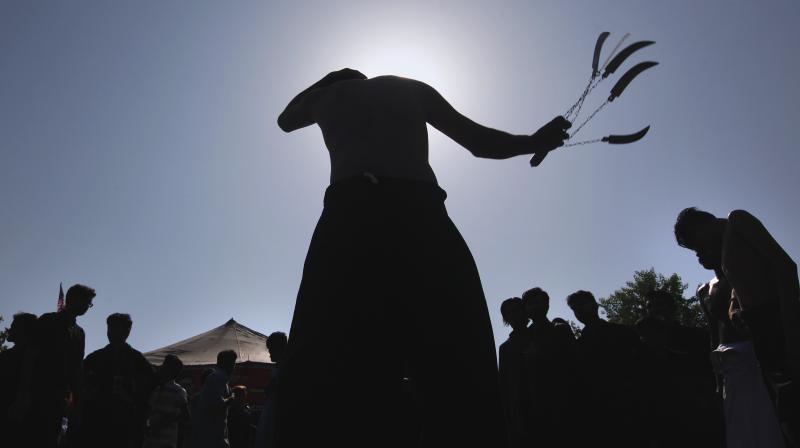 A day after the Supreme Court declined to permit Muharram processions across India claiming that it cannot pass a general order for the whole country, the Bombay High Court on Friday granted permission for a the festival in Mumbai with stringent COVID-19 restrictions in place.

A high court bench of Justices SJ Kathawalla and Madhav Jamdar gave permission after the Maharashtra government granted hearing to a local Shia Muslim organisation that had petitioned the court seeking permission for a symbolic procession for Muharram amid the COVID-19 pandemic.

The state government and the petitioner, All India Idaara-E-Tahafuz-E-Hussainiyat, reached an agreement and informed the court of the same on Friday, following which, the court granted permission for the procession.

Interestingly, the Muslim organisation took the example of Ganesh idol immersions to support its right to undertake Muharram processions in Mumbai. It argued that if the state government had permitted Ganesh with health safeguards, it must also permit the Muharram mourning procession.

As per the court's order, members of the Shia Muslim community will be permitted to carry out the procession on August 30, between 4.30 pm and 5.30 pm on one pre-determined route only by trucks and not on foot.

Maximum of five persons will be allowed on a truck and only five will be permitted walk with the 'Tazia' symbol for the last 100 meters on the selected route, the order stated.

The five participants of the procession will have to give their home addresses to the Mumbai police beforehand, the court said. As per Friday's order, the procession will be carried out from Bhendi Bazaar to the Shia cemetery in Byculla in the city.

The court also directed the state government to impose all necessary restrictions, including section 144 of the Criminal Procedure Code [CrPC] if required, to control crowds and manage the procession.

Notably, the Supreme Court of India bench, comprising Chief Justice S A Bobde and Justices A S Bopanna and V Ramasubramanian, on Thursday had claimed that the processions would lead to chaos and targeting of a particular community. Probably, the bench was referring to the communally-charged allegations against the Tablighi Jamaat attendees, who were blamed for spreading coronavirus in India.

You are asking for a general order and then if we allow this there will be chaos. Particular community will be targetted for spreading Covid. We don't want that. We as a court cannot risk the health of all the people, the bench, which heard the matter through video conferencing, said.

It is to be noted that Lucknow is a major centre for Shia Islam in India.