The ministry has been actively facilitating their consular access, deletion of LOCs and smooth repatriation to their countries, MEA said 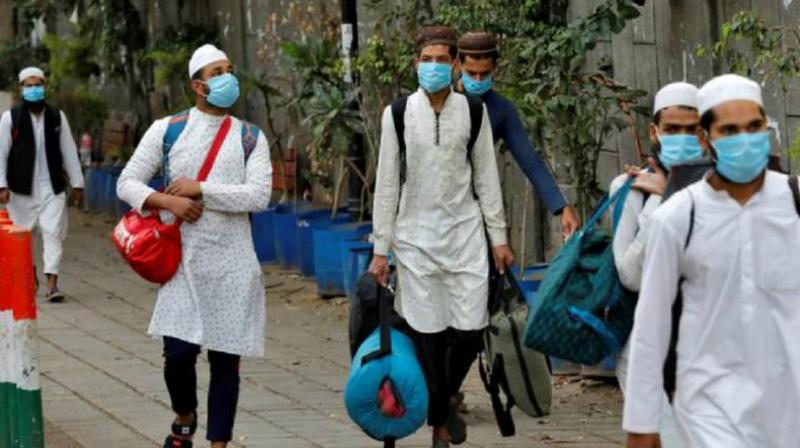 MEA says 1,095 look out circulars have been deleted and 630 foreign members of the Tablighi Jamaat have left India. (PTI Photo)

New Delhi: As many as 1,095 look out circulars have been deleted and 630 foreign members of the Tablighi Jamaat have left India, the Ministry of External Affairs said on Thursday.

On the issue of foreign Tablighi Jamaat members stuck in India for violating visa rules and pandemic restrictions, MEA Spokesperson Anurag Srivastava said the ministry has been actively facilitating their consular access, deletion of LOCs and smooth repatriation to their respective countries.

"We have kept the respective foreign embassies informed through the entire process," he said.

"As of August 24, 1,095 look out circulars (LOCs) were deleted and 630 foreign members of the Tablighi Jamaat have left India," he said at an online media briefing.

These members of the Tablighi Jamaat were charged under the Foreigners Act for indulging in activities that were incompatible with their visa status, he said.

Therefore, for such activities, appropriate category of visa has to be sought, Srivastava said.

To a separate question on whether External Affairs Minister S Jaishankar will participate in the Shanghai Cooperation Organization (SCO) foreign ministers' meeting next month, Srivastava said the minister has received an invitation for the meeting to be held in Moscow and a decision on his participation would be made known once it is taken.

On whether the Kerala government had sought MEA's approval for signing an MoU with the UAE Red Crescent Authority - an NGO -- for a project, Srivastava said no such approval had been taken.