India   All India  28 Aug 2018  Govt allows commercial drone flying from Dec 1, ban on use for delivery
India, All India

Govt allows commercial drone flying from Dec 1, ban on use for delivery 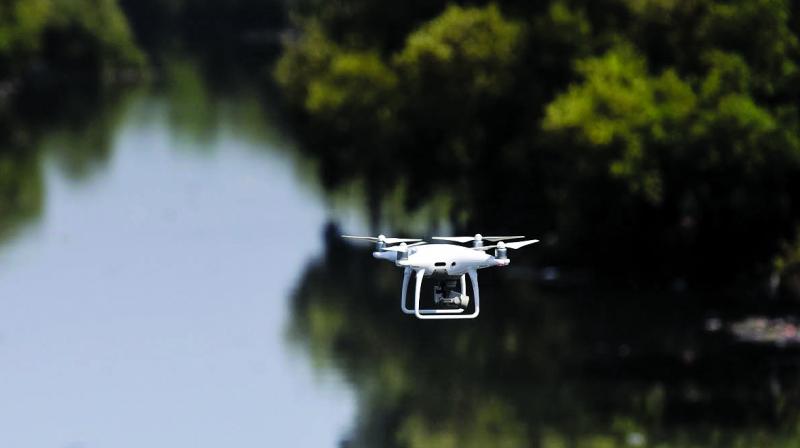 The regulation prevents the drones from flying around airports, near international border, near coast line, state secretariat complexes. (Representational Image)

New Delhi: The commercial use of drones (unmanned aircraft) across sectors such as agriculture, health and disaster relief under new regulations will come into force from December 1, but delivery of payload, including food items, would not be allowed as of now, the government said on Monday.

Except nano drones and those owned by National Technical Research Organisation and central intelligence agencies, the rest  would be registered and issued Unique Identification Number (UIN).

The regulation prevents the drones from flying around airports, near international border, near coast line, state secretariat complexes. Besides, they cannot operate in strategic locations, vital and military installations and Vijay Chowk in the capital or be used for wedding photography.

He said the relief efforts in Kerala would have been much more effective had the regulation been in place by now. He said drone market is expected to touch USD 1 trillion in the coming years.

"We are likely to go from travelling in auto rickshaws to air rickshaws. There is a wide range of application of drones, from disaster relief, surveillance, security monitoring, precision agriculture, precision logistics," said Minister of State for Civil Aviation Jayant Sinha.

The registration of the drones, permission to fly will be done digitally through the 'digital sky platform', connected to local police, which will implement "no permission, no take off".

Users of the nano drone,which weighs less than 250 gram and flies up to 50 feet, are exempted from securing permission, including from local police. But micro drones flying up to 200 feet and small drones flying over 450 feet and above will have to require police permission.

"To prevent unauthorized flights and to ensure public safety, any drone without a digital permit to fly will simply not be able to takeoff," said a government statement.

Asked about the delivery of food items, Sinha indicated the second set of regulations may allow their delivery based on outcome of tests.

While drones can be used for agricultural purpose, they cannot be used for spraying pesticides until specifically cleared. Besides, carriage of explosives, animals and human payload are not allowed.

Suspension and cancellation of license has been provided in the regulations besides slapping of various sections of the Indian Penal Code for violation and falsification of documents.

The government has identified 23 sites across the country where the drone technology will be put to extensive use to evalute its further usage. A drone task force under his chairmanship will provide draft recommendations for drone Regulations 2.0.