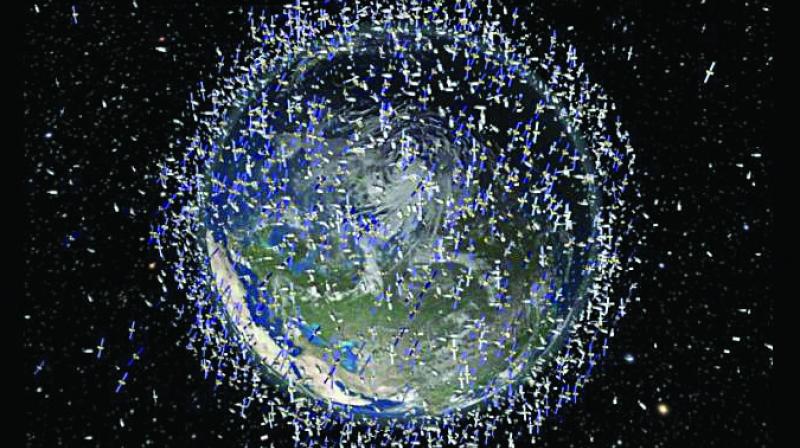 Bengaluru: As Indian space scientists race to fly a couple of Indians to space in four years, two DRDO labs — DEBEL (Defence Bioengineering and Electromedical Laboratory), Bengaluru, and DFRL (Defence Food Research Laboratory), Mysuru, could well chip in with space suits and foodstuff for the crew.

For long, both these laboratories have been supporting the armed forces with DFRL even providing a variety of food packages to Wing Commander Rakesh Sharma (Retd) during his space journey onboard the Soviet Soyuz T-11 spacecraft in 1984. So, experts from these laboratories met the top brass at Isro and presented details of their capability to support the human space flight programme. “We have said we have the technology to make space suits and food for space missions and will make them once specifications are given to us,” Dr Upendra Kumar Singh, head of both these labs, told this newspaper.

He said DEBEL has the know-how to design and produce space suits given its long track record of supplying life protecting and life saving systems for all three wings of the armed forces. Pilots of IAF have been using G-suits, oxygen masks, helmets, cold weather suits, while those serving the army have been provided NBC (nuclear, biological and chemical) protective gear. Dr Singh said DFRL has the expertise in developing food for the armed forces serving in extreme weather conditions and in the process of rolling out in-flight eatables for long endurance fighter. “Food should provide balanced nutrition for the health of those who will be chosen to work in space while being easy and safe to store and consumed under low gravity conditions. The packaging material used for space foods must be able to withstand extreme gravity conditions. So we will be able to play the role of a competent partner in the human space programme,” he added.

All geared up
A formal announcement on all details of Gaganyaan, the human space mission, will be made in New Delhi on Tuesday by Jitendra Singh, MoS in the PMO, even as Isro chairman K. Sivan is set to meet Air Chief Marshal Birender Singh Dhanoa and formally seek the IAF’s support for flying a couple of Indians to space by 2022. Dr Sivan said his organisation would bank on the IAF’s support to a large extent to accomplish the mission