A resolution was moved by DMK lawmaker Trichy Siva and was unanimously adopted at party’s General Council meeting. 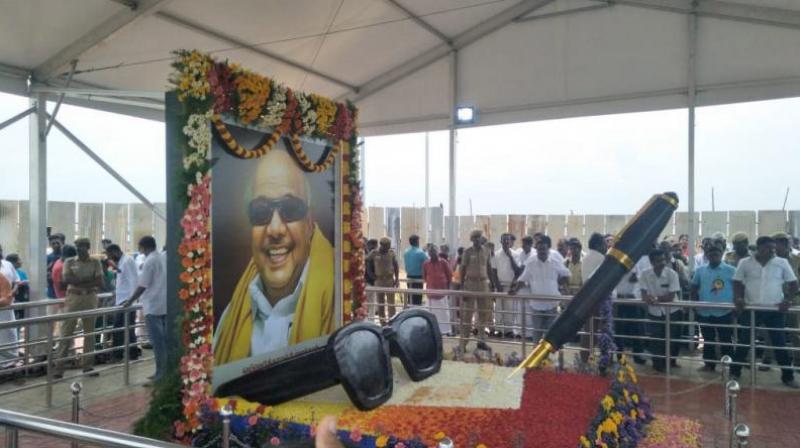 Chennai: The DMK on Tuesday demanded that the country’s highest civilian award ‘Bharat Ratna’ be conferred on former party president and patriarch M Karunanidhi who died on August 7.

Karunanidhi died on August 7 at a Chennai hospital following a prolonged illness.

The 94-year-old Dravidian stalwart had served as Tamil Nadu chief minister five times. However, he was never a Member of Parliament.

Earlier also, the party had asked the Centre to posthumously confer ‘Bharat Ratna’ upon Karunanidhi in recognition of his outstanding work and several achievements.

Raising the issue during Zero Hour in Rajya Sabha, DMK member Tiruchi Siva had said Kalaignar was the tallest leader of the country and had contributed 80 years of his life to public service, fighting for the cause of the downtrodden, backward and the suppressed people.