I'm innocent: Ram Rahim breaks down; dragged out after sentencing

Singh was sent to Sunaria jail in Rohtak where he had been flown in by a special chopper on Friday, after being declared guilty of rape. 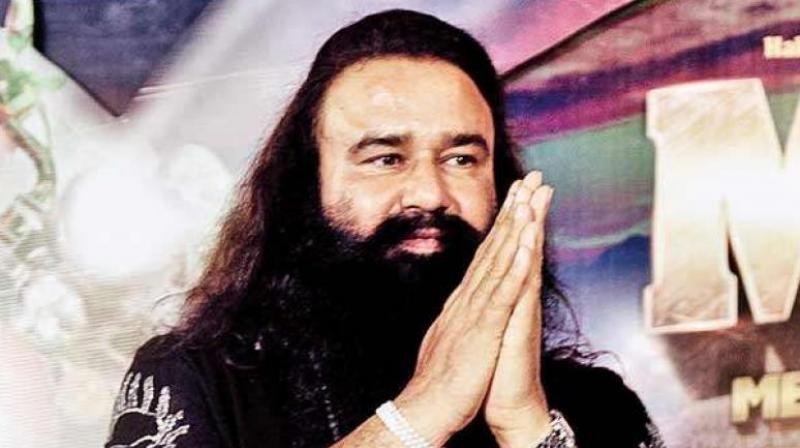 Ram Rahim just fell on the floor and cried for mercy and had to be dragged out of the courtroom. (Photo: PTI/File)

The moment the judge pronounced his verdict at a makeshift courtroom in the Sunaria jail, the flashy and flamboyant Dera chief refused to leave the courtroom and wept, pleading for leniency, according to a report in NDTV.

Weeping Singh said, "Mujhe maaf kar do (forgive me)" soon after the judge pronounced his verdict.

He just fell on the floor and cried for mercy and had to be dragged out of the courtroom.

Singh, who was convicted on Friday for raping two of his women followers, also claimed to be innocent. "Main begunah hoon (I am innocent)," he said.

Singh’s new home is prison number 1997, where he was taken after the sentencing on Monday. He was taken for a medical examination after which he would be given standard issue prison wear.

Singh was sent to Sunaria jail in Rohtak where he had been flown in by a special chopper on Friday, after being declared guilty of rape.

The CBI urged the court to increase his jail term, arguing that he deserves a stringent punishment for sexually exploiting his followers, while the victims said they would appeal for life term.

On Friday, 50-year-old Singh's conviction triggered deadly violence by scores of his supporters in Panchkula – where the court announced its decision – and Sirsa, the main base of Dera sect, and other towns in Haryana and neighbouring Punjab. At least 38 people were killed and several others were injured in the violence.