India   All India  28 Aug 2017  How a housewife turned entrepreneur
India, All India

How a housewife turned entrepreneur

Geeta Devi was motivated by the circumstances that she found herself in. 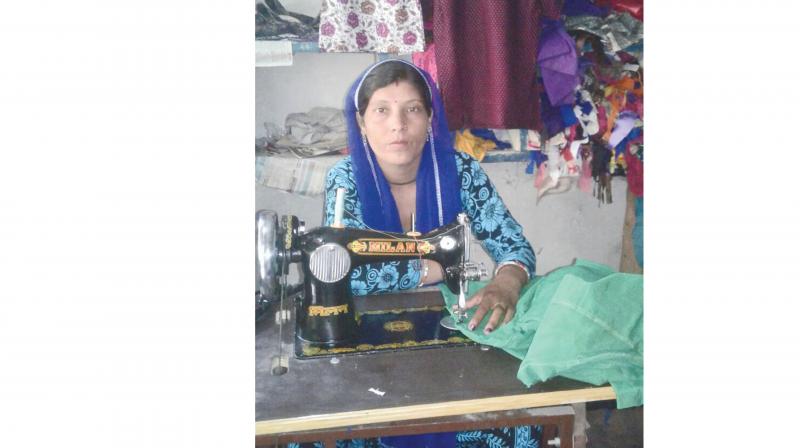 Geeta Devi was motivated by the circumstances that she found herself in.

Success is no accident. It is hard work, perseverance, learning, studying, sacrifice and most of all, love of what you are doing or learning to do”— Pele “To start a business, you don’t need to be highly educated, but you certainly need to be interested in the work that you are going to do”, said Geeta Devi, a housewife from village Bhatoli in Chamoli district of Uttarakhand who has studied only till Class 5.  Now, she is a successful entrepreneur and earns between Rs 3500 to 4000 per month.

Geeta Devi was motivated by the circumstances that she found herself in.  With seven members in the family — she, her husband Darwan Lal, three daughters and two sons it had become extremely difficult for her to make both ends meet.  Darwan Lal was the only earning member who worked as a construction worker. He managed to earn a measly sum of only Rs 3000 per month. The family lived in a small kuchha house with two rooms and a kitchen. They had a small kitchen garden, which catered to the family’s needs, an ox and a cow - which helped to meet the family’s milk requirement. Apart from this, Geeta used to stitch people’s torn and old clothes in her free time for a paltry sum of money.

One day, an NGO called Udyogini organised a programme in Geeta’s village.  As part of the programme, the villagers were provided with information about an entrepreneurship and skill development training programme that was going to be conducted with the financial support of Dehradun based organisation, “The Hans Foundation”.  Geeta Devi registered for the programme and took up sewing as the skill that she wanted to develop. She was given 60 days of training.

During the training, Geeta Devi felt that the clothes she was stitching did not have the required finesse that she would have liked to see. Also, there was only one sewing machine available for every two participants in the training. Just 15 days into the training, Geeta Devi thought that if she gets training on her own sewing machine, she would be able to learn faster as she was also very keen to make this skill her means of livelihood. With this thought in mind, she dug into her savings and with some financial help from her brother, bought a new sewing machine. After that the quality and neatness began to show in her sewing. She then decided to approach the women who lived nearby to stitch clothes for them. Geeta started to do tailoring work from home and the demand for sewing clothes began to rise at a steady pace.

When the demand shot up, she decided to open a shop. She rented a small shop in the market place with the support of her husband and brother. They set up the shop with the necessary things. To manage the finances required in setting up the shop, Geeta had to sell her ox and take yet another loan from her brother. Also, she used the money that she had earned after stitching clothes for the village women. After opening the shop, Geeta Devi received a number of orders to stitch suits, saree blouses, and petticoats. Through her hard work and consistent efforts, Geeta Devi has not only been able to improve the economic condition of her house but has also become more confident in dealing with people.

When her husband Darwan Lal was asked about the change, he said, “Earlier the responsibility of the entire house was on me. It was difficult to run the house without getting a job, but because of Geeta now there is a little support. If I do not get any work, it doesn’t bother me as much as it would have earlier. I am proud that Geeta has been able to do something of her choice and also earn money”.

Sateshwari Devi, one of the many ladies who gets her clothes stitched from Geeta said, “Geeta stitches very well and because she is also a woman I don’t feel hesitant to go to her to get my clothes stitched”. Another customer Roshni Devi said, “There is a lot of neatness and finesse in the clothes stitched by Geeta. Also, she gives a good fitting and provides new designs, so I give my clothes to her.”

When Geeta was asked whether she is happy and satisfied with her work, she said, “During the training, I met many learned people. I have realised my own potential. I will expand my business and also open teaching schools.”