The situation in the district was 'completely under control', Rohtak DC said adding that police was fully prepared to tackle any situation. 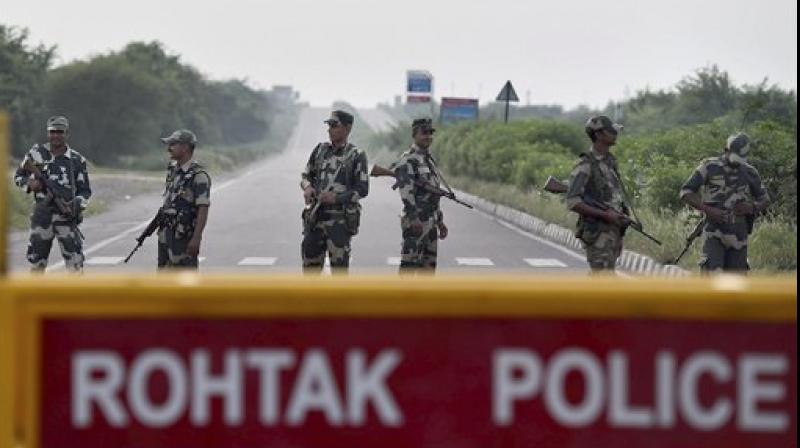 Chandigarh: Ahead of the sentencing of Dera Sacha Sauda chief Gurmeet Ram Rahim Singh, the deputy commissioner of Rohtak has said that those creating trouble should expect bullets if they defy warnings.

The 50-year-old Dera chief, who was convicted in a 14-year-old rape case, has been lodged in a jail in Sunaria on the outskirts of Rohtak, where a CBI judge will be flown on Monday to pronounce his sentence.

"We will not allow anyone to create any sort of trouble in Rohtak. Anyone breaking law or indulging in acts of violence or arson will himself be responsible for his fate. Anyone creating trouble will be given a warning first and if he still pays no heed, then he will have to face the bullet," Atul Kumar said in Rohtak, where the Army has been kept on standby.

The DC's stern warning comes in the wake of the mayhem in Panchkula on Friday where the Dera followers went on a rampage after their sect chief's conviction in a rape case. The violence at Panchkula and sect headquarters at Sirsa has left 38 dead and over 250 injured.

"People do not have any reason to be afraid as stringent security measures have been taken," the DC said.

The situation in the district was "completely under control", he said adding that police was fully prepared to tackle any situation.

ADGP (law and order) Mohd Akil, who on Sunday took stock of the situation in Rohtak, also warned potential troublemakers.

"Anyone who creates trouble will be taught a lesson, like in Panchkula and Sirsa," he said in Rohtak. Steps will be taken as per the needs of the situation to deal with troublemakers, Akil said. The Rohtak DC, meanwhile, appealed to people to not enter the district without any specific or urgent reason.

He said every person entering Rohtak was being checked. If any person fails to produce proof of identity or specify a reason for visiting the district during checking, then he would be taken into custody, the official said.

He also said that prohibitory orders under Section 144 of the Code of Criminal Procedure (CrPC), prohibiting assembly of five or more persons, and carrying of firearms and other weapons, were already in place in the district.