The BCG does not have any hovercraft, which is used for amphibious operation. 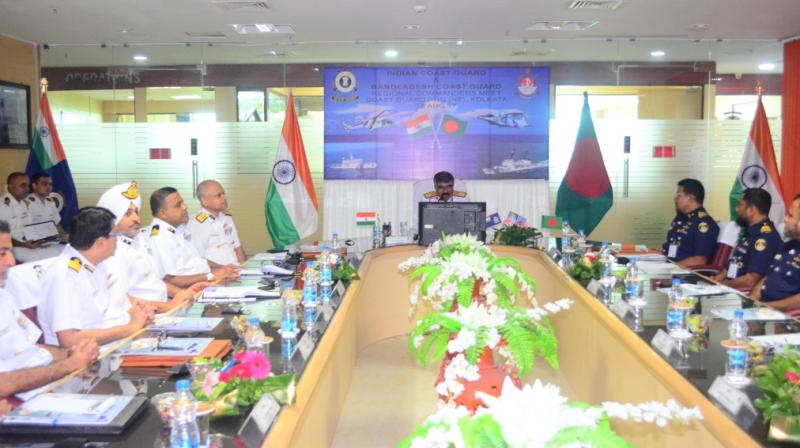 Kolkata: The Bangladesh Coast Guard (BCG) on Monday sought assistance from the Indian Coast Guard (ICG) for training its force for the operation and maintenance of hovercrafts.

The BCG does not have any hovercraft, which is used for amphibious operation.

"The BCG delegation will visit ICG Hovercraft port on August 29. They will witness the hovercraft operation. They have intimated that they are planning to procure hovercrafts and requested assistance from the ICG for training about operation and maintenance their hovercrafts," ICG (NE) spokesperson Avinandan Mitra said.

"Both sides have expressed their desire to cooperate with each other in order to jointly tackle the maritime challenges across the mutually shared international maritime boundary line. The BCG delegation was given a balanced understanding of the roles and responsibilities of the ICG NE region in general and search and rescue of fishermen at sea in particular,” Mitra said.

"They were also provided an overview on the measures taken to provide maritime safety and security in the states of West Bengal and Odisha. The BCG delegation will visit Haldia where it will be briefed on the coastal surveillance network along the Indian coast of mainland and island territories,” he added.