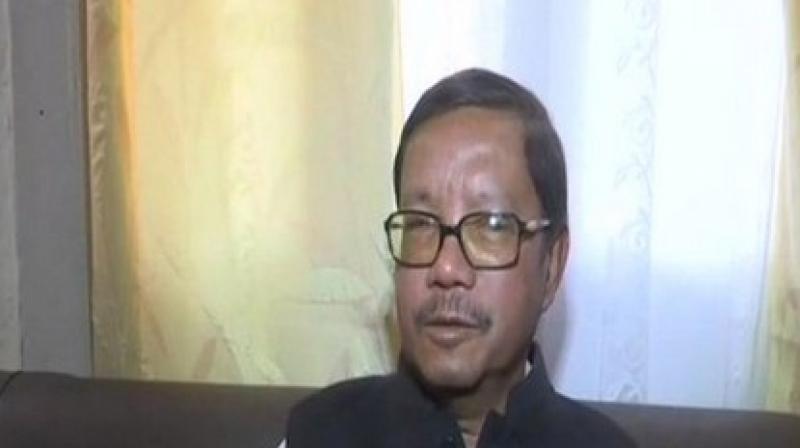 Shillong: Meghalaya Assembly Speaker Donkupar Roy passed away on Sunday at a hospital in Gurgaon following a brief illness, officials said. He was 64.

Roy, a former chief minister of the state, was first admitted to a state-run hospital in Shillong before being referred to the Medanta Hospital in Gurgaon, Haryana, where he was undergoing treatment for the last 10 days, his family members said.

His condition deteriorated after he suffered multi-organ failure on Sunday afternoon, they said.

Prime Minister Narendra Modi expressed anguish over Roy's demise, saying he "transformed many lives". "Anguished by the demise of Dr Donkupar Roy, Speaker of the Meghalaya Assembly and former CM of the state. Passionate about Meghalaya's progress, he served the state with great diligence and helped transform many lives," the Prime Minister's Office tweeted, quoting Modi.

Roy's body will be flown to his official residence in the early hours on Monday, said Meghalaya Assembly's Commissioner and Secretary Andrew Simons.

Chief Minister and National People's Party president Conrad K Sangma too expressed grief over Roy's demise. "Deeply saddened by the untimely demise of Speaker of Meghalaya Assembly Dr Donkupar Roy. We have lost a leader, a mentor, who had dedicated his life for the service of the people. May Almighty provide strength to his family in this hour of grief. May his soul RIP," he tweeted.

In his condolence message, Governor Tathagata Roy termed the speaker's death as "unfortunate and untimely". "Deeply saddened to know of the unfortunate and untimely death of Donkupar Roy (64). He was the speaker of Meghalaya legislative assembly, a former chief minister of Meghalaya and the president of the United Democratic Party. RIP Om Shanti," Governor Roy said in a tweet.