Narottam Mishra dared the Kamal Nath government to produce evidence linking him in the e-tendering scam. 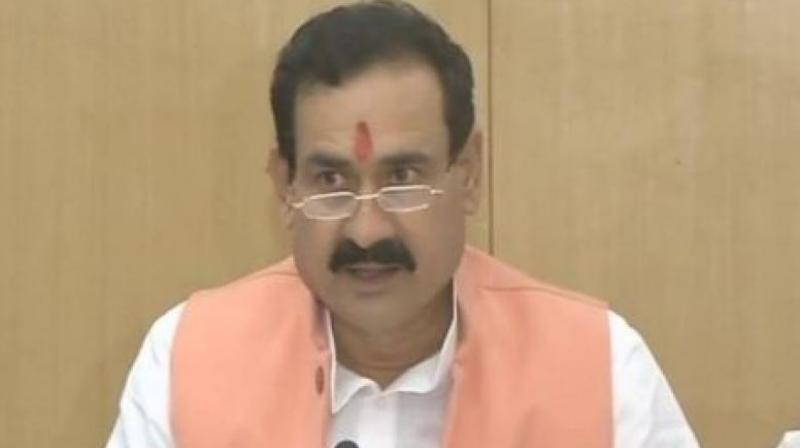 They were arrested in connection with an e-tendering scam during the tenure of Shivraj Singh Chouhan’s government, and were taken into custody by EOW on Friday evening for interrogation.

According to director general (DG) (EOW) K.N Tiwari, the documents establishing links of Vinod Pandey and Nirmal Awasthi, who were Mr Mishra's private secretaries while he was serving as a minister during Shivraj Singh Chouhan’s government, with some private companies were recovered in the raids from their houses.

The scam involved tampering of biddings through software to award projects of various departments of state government, worth `3000 crore, to a few favoured contractors.

He dared Mr Nath's government to produce evidence linking him in the e-tendering scam and said, “The state Congress government has set an unhealthy trend by targeting the Opposition leaders without any rhyme or reason”.