Sonia Gandhi and other top Congress and opposition leaders were amongst those who proposed and seconded her nomination. 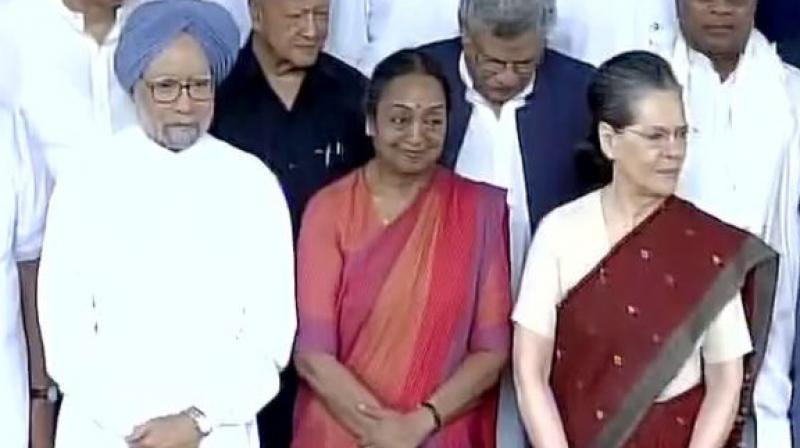 Kumar, who filed her papers with Congress chief Sonia Gandhi on one side and former prime minister Manmohan Singh on the other, will launch her campaign from Sabarmati Ashram in Gujarat on June 30.

Accompanying the former Lok Sabha as she filed her nomination in Parliament House were a host of opposition leaders, including NCP's Sharad Pawar and CPI-M general
secretary Sitaram Yechury.

Sonia Gandhi and other top Congress and opposition leaders were amongst those who proposed and seconded her nomination.

The nomination papers will be scrutinised on Thursday. Kumar, who will contest against NDA's Ram Nath Kovind in the July 17 presidential elections, had said on Tuesday that it was a battle of ideologies and not a 'Dalit versus Dalit' fight as was being made out by some.