India   All India  28 May 2019  People will 'take care' if meat transportation is not stalled: Ex-Aligarh mayor
India, All India

People will 'take care' if meat transportation is not stalled: Ex-Aligarh mayor

Bharti also demanded death penalty for the meat transporters if the meat is found to be that of a cow. 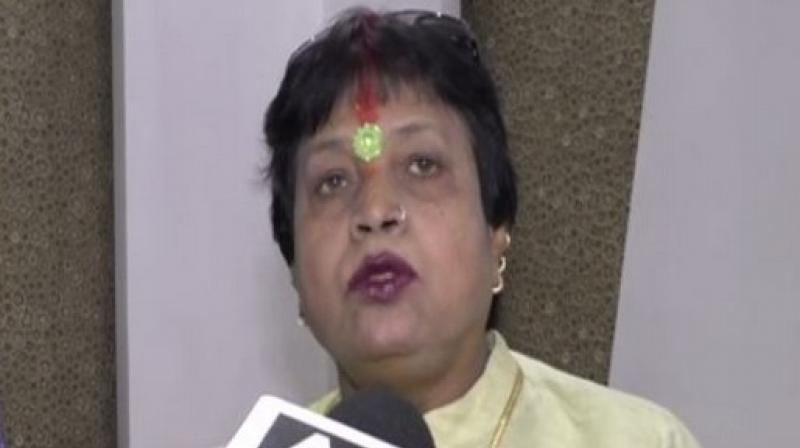 Aligarh: Former Aligarh mayor and BJP leader Shakuntala Bharti has warned that if transportation of meat in the area is not stopped, people will "take care".

Bharti, along with her supporters, reached the police station here after a vehicle transporting meat was stopped by some people near the railway crossing in the district.

The BJP leader, while complaining to the police, was heard saying that if officials fail to curb meat transportation, people will do justice.

In response to this, the official said, "What are we here for then."

Later while speaking to ANI, Bharti reiterated her stand and asserted that such things will not be tolerated under BJP rule.

"The incident was of today morning when a vehicle was crossing and there was suspicion of it carrying meat. When meat shops in the district are closed, where was it coming from? This is not SP but BJP rule and these things will not be tolerated. We have only one request for the administration. They should either prohibit these activities or the public themselves will do justice. This is our warning, bring them to senses else we know how to do it," she cautioned.

Bharti also demanded death penalty for the meat transporters if the meat is found to be that of a cow.

However, Vishal Pandey, Circle Officer, Aligarh, asserted that it was not cow meat and was being transported with required documentation.

"For Ramzan, the meat traders were bringing this for sale. On investigation, it was found that they were bringing it from butcher house. We had also sent it for sampling. It was not at all cow meat, the papers were also shown. They have only been asked to use other routes," he said.

On May 25, three youths were thrashed on suspicion of possessing beef by some cow vigilantes in Madhya Pradesh's Seoni city.

The police said that they have arrested all the five accused who had mercilessly beaten up the victims with sticks.