India   All India  28 May 2019  I just know who won and who lost: Karnataka minister Shivakumar
India, All India

I just know who won and who lost: Karnataka minister Shivakumar 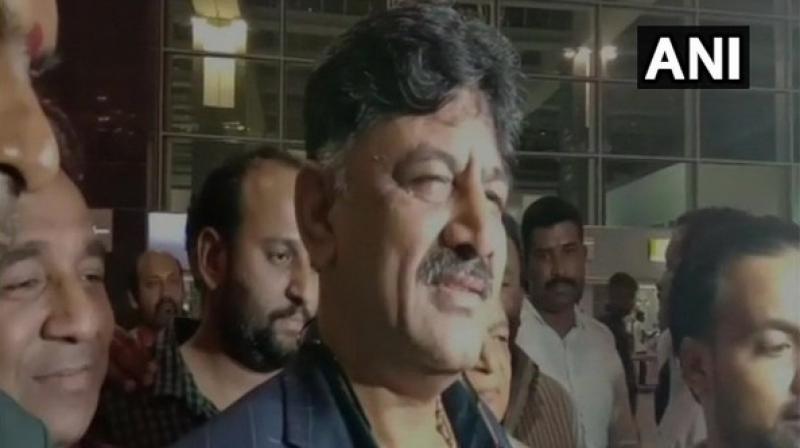 Bengaluru: After drubbing in the recently concluded Lok Sabha elections, senior Congress leader and Karnataka Water Resources Minister DK Shivakumar on Monday said that he just knows who won and who lost.

Earlier former Chief Minister Siddaramaiah has said that the BJP which won 25 parliamentary seats out of 28 in the state in the recently concluded elections, got the mandate to run the government at the Center and not to destabilise the state government in Karnataka.

"People of the nation have given mandate to BJP to run the government at the Center and not to destabilise the state government in Karnataka. Election results came against us but that does not mean state Assembly should be dissolved, it is nonsense," Siddaramaiah had tweeted.

In view of the tumultuous political developments in Karnataka, Congress party's state unit has called for a Congress Legislature Party (CLP) meeting on May 29 in Bengaluru.

On Monday, Congress leader KN Rajanna claimed that the coalition government of JD(S) and Congress will collapse after June 10.

The BJP won 25 of the 28 seats along with an Independent backed by it, leaving one seat each to Congress and JD(S).

The BJP is the single largest party with 105 members in the 225 member assembly while the ruling coalition has 117 members with 79 legislators from Congress, 37 from JD(S) and 1 from BSP.