India   All India  28 May 2019  Better to be alert than complacent: Kerala DGP on ISIS 'threat'
India, All India

Better to be alert than complacent: Kerala DGP on ISIS 'threat'

‘I see this as a big precautionary measure. 580 kilometres of Kerala coast is fully covered,’ Kerala DGP said. 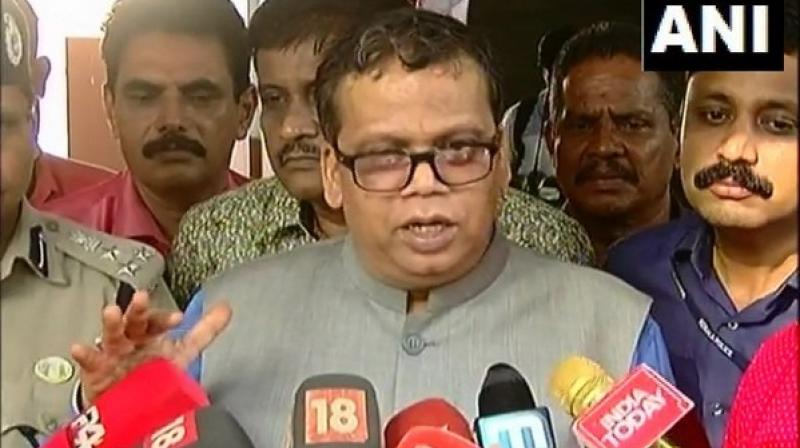 Kerala Coastal Police have been placed on alert after intelligence inputs about ISIS affiliates setting off towards Lakshadweep and Minicoy Island from Sri Lanka, police sources had said on May 26. (Photo: ANI)

Thiruvananthapuram: Kerala DGP Loknath Behera on Tuesday asserted that the police is taking all precautionary measures in the wake of an apparent ISIS threat, adding that people of the state have "nothing to worry."

"See I am not going into details. Some say about this usage being an exaggeration etc. That's not my job. I see this as a big precautionary measure. 580 kilometres of Kerala coast is fully covered. We have even ensured that any deviations /deceptive moves are also accounted for," Behara told media here.

"Once all Quick Response Teams, District officials, coastal police officials have been alerted, even the smallest of instances are being reported. This is also an opportunity to assess our preparatory measures. Kerala's coast is fully covered. It's always better to be alert rather than complacent. We're ready, people should not feel they are not safe," he added.

Kerala Coastal Police have been placed on alert after intelligence inputs about ISIS affiliates setting off towards Lakshadweep and Minicoy Island from Sri Lanka, police sources had said on May 26.

According to highly-placed sources aware of the matter, as many as 15 ISIS affiliates have set-off in a white boat from Sri Lanka towards Indian islands of Lakshadweep and Minicoy.

The Indian Coast Guard has deployed its ships and maritime surveillance aircraft around the two islands and maritime borders with Sri Lanka in order to thwart any attempt by the ISIS to enter Indian waters.

On April 21, bombings took place at various locations across Sri Lanka in which at least 250 people lost their lives while over 500 were injured in the terror attack.

Local terror group NTJ (National Thowheeth Jama'ath), which is an ISIS-affiliate, claimed responsibility for the attack.