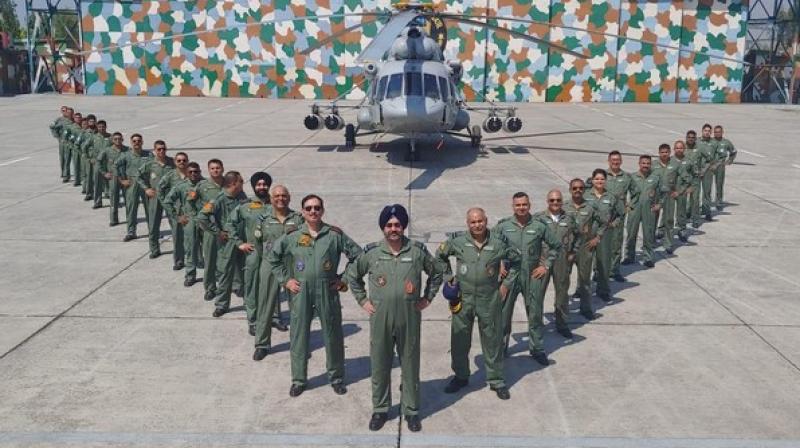 Kargil war, also known as the Kargil conflict, was an armed conflict between India and Pakistan that took place between May and July 1999 in the Kargil district of Kashmir and elsewhere along the Line of Control (LoC). (Photo: ANI)

Saharanpur: Led by Air Chief Marshal (ACM) BS Dhanoa, the Indian Air Force (IAF) helicopters will fly in a missing man formation from Sarsawa base on Tuesday to pay homage to IAF jawans who lost their lives when an Indian Mi-17 helicopter was shot down by Pakistan during the Kargil war.

14 Corps Commander Lieutenant General YK Joshi will also be part of the team.

Earlier on Monday, a squadron of MiG-21 aircraft led by the IAF chief flew in the missing man formation to pay tribute to Squadron Leader Ajay Ahuja who was killed in action in Operation Safed Sadar during the Kargil war.

Kargil war, also known as the Kargil conflict, was an armed conflict between India and Pakistan that took place between May and July 1999 in the Kargil district of Kashmir and elsewhere along the Line of Control (LoC).

The IAF had played a key role in enabling the Indian Army to recapture the majority of the positions on the Indian side of the LOC infiltrated by the Pakistani troops and terrorists.

The war came to an end on July 26 with a decisive victory for India as it regained Kargil and Pakistan being criticised globally for instigating the war and for making its paramilitary forces cross the LoC.