According to the sources, Sonia Gandhi will be travelling abroad for her annual medical examination. 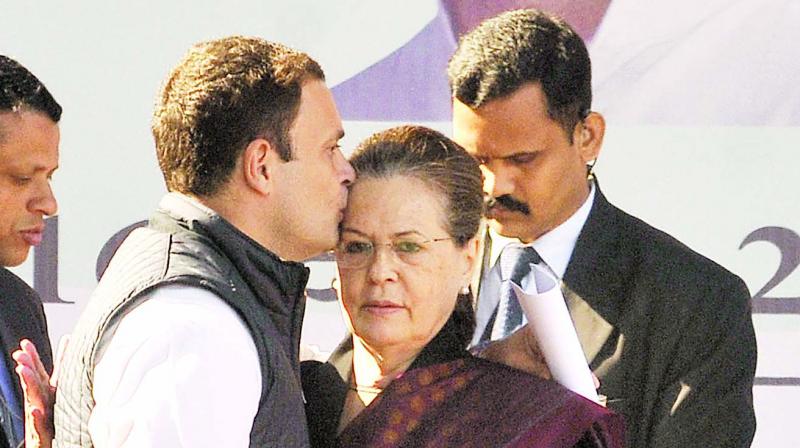 While Rahul Gandhi will return within a week, Sonia Gandhi will stay abroad for a longer period, the sources told PTI. (Photo: File)

New Delhi: UPA chairperson Sonia Gandhi, accompanied by her son and Congress president Rahul Gandhi, had to leave for abroad on Sunday night for a medical check-up, party sources said.

According to the sources, Sonia Gandhi will be travelling abroad for her annual medical examination. She had undergone a surgery in the US in 2011.

While Rahul Gandhi will return within a week, Sonia Gandhi will stay abroad for a longer period, the sources told PTI.

They said some key decisions, including the allocation of ministerial portfolios in Karnataka after a Congress-JD(S) government led by HD Kumaraswamy was formed in the southern state last week, have been put on hold.

Rahul Gandhi also had a message for his trolls, saying he will be back soon. He tweeted:

Will be out of India for a few days, accompanying Sonia ji to her annual medical check up.

To my friends in the BJP social media troll army: don’t get too worked up...I'll be back soon!

Some fresh appointments in the Congress are also awaited as part of the party's rejig under Rahul Gandhi.

Congress chief held deliberations with party leaders since on Sunday to decide on the portfolios for the party's legislators in Karnataka, but the discussions remained inconclusive.

The sources said Rahul Gandhi is scheduled to address a rally at Mandsaur in Madhya Pradesh on June 6 to mark the first anniversary of police firing on farmers there.