India   All India  28 May 2018  Rajnath Singh's son gets extortion threats on WhatsApp
India, All India

The MLAs, most of them from BJP, got text and WhatsApp asking them to pay Rs 10 lakh or their families will be eliminated within 3 days. 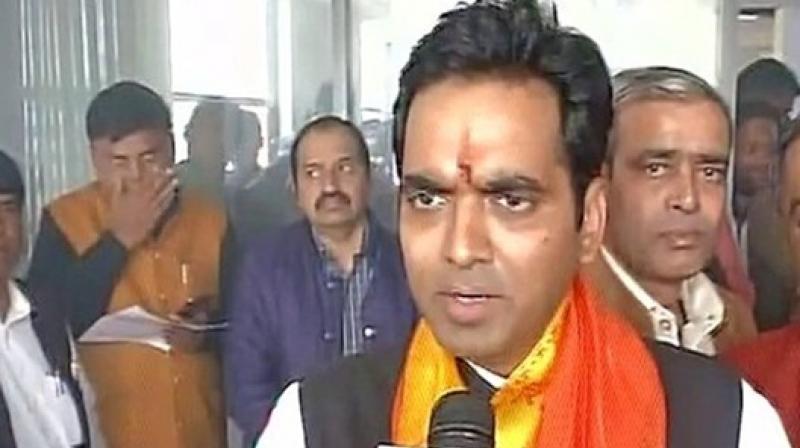 Pankaj Singh, who represents Noida in the Uttar Pradesh Assembly, has been receiving extortion messages from unknown phone number since May 25. (Photo: ANI)

Pankaj Singh, who represents Noida in the Uttar Pradesh Assembly, has been receiving extortion messages from unknown phone number since May 25.

Station House Officer (SHO) of Noida Sector 20 police station Manish Saxena registered a police complaint against unknown persons under sections 384 (punishment for extortion) and 507 (criminal intimidation by an anonymous communication) of the Indian Penal Code and relevant sections of the Information Technology Act.

The case has been transferred to the cyber cell for probe.

Several Uttar Pradesh BJP MLAs and politicians have received similar extortion messages and threats from unknown phone numbers in the past few days.

Last week, the Uttar Pradesh police set up a special investigation team (SIT) to probe extortion threats to at least 12 MLAs from a person who seems to be claiming a past link with underworld don Dawood Ibrahim.

The MLAs, most of them from the ruling BJP, got text and WhatsApp messages asking them to pay Rs 10 lakh or their families will be eliminated within three days.

The SIT was set up after directions from Uttar Pradesh Chief Minister Yogi Adityanath who took strong note of the threats.