The prime minister said he believes that in a democracy, a government must present its report card to the people. 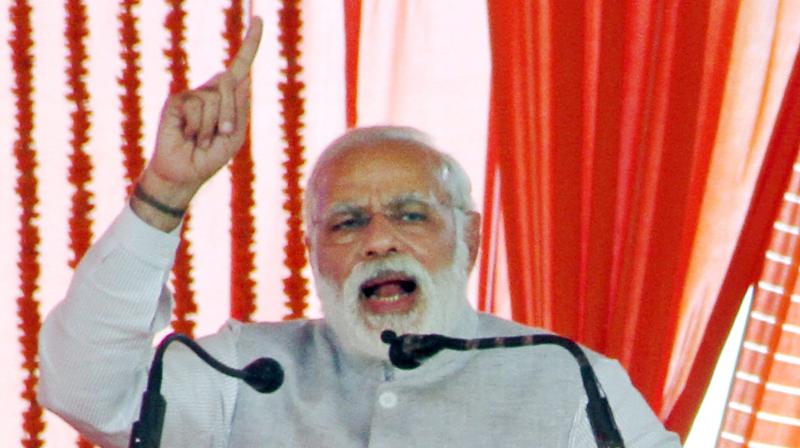 New Delhi: Prime Minister Narendra Modi on Sunday welcomed the analyses being done in various media fora about the performance of his three-year-old government, saying "constructive criticism" strengthens the democracy.

He said some opinion polls and surveys have appreciated his government's work, some have supported it while some others have highlighted the drawbacks.

Appreciating this exercise being conducted over the last one month in the run-up to completion of his government's three years on May 26, he said he believes that in a democracy, the government should be answerable.

"Constructive criticism strengthens the democracy. For a lively democracy, such exercises are immensely important," the prime minister said in his monthly radio programme 'Mann Ki Baat'.

He noted that the surveys have assessed in detail his government's performance on all fronts and said it was a "great exercise".

The prime minister said he believes that in a democracy, a government must present its report card to the people.

"Three years back, you (people) had given me the responsibility of the 'pradhan sevak' (prime servant). There have been several surveys and opinion polls. I consider this entire exercise healthy," Modi said.

"I thank those who have given critical and important feedback.... I greatly value such exercises... It provides an opportunity to correct the weaknesses and the drawbacks that may be there," Modi said.

From the result of these surveys, the government can take lessons and move ahead, he added.

Modi, who led the BJP to a massive victory in the 2014 Lok Sabha polls, was sworn-in as the prime minister on May 26 that year.