India   All India  28 May 2017  India's defence preparedness should always be optimal: Arun Jaitley
India, All India

We have a neighbour who for almost seven decades has perpetuated a security threat as far as India is concerned, Jaitley said. 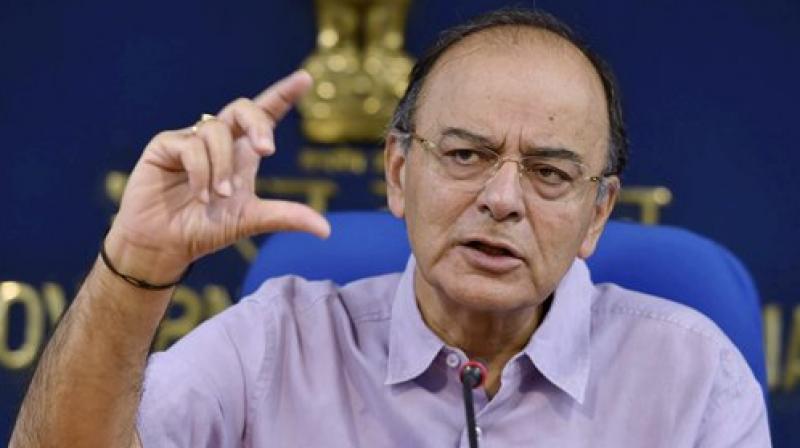 Chitradurga: In a veiled reference to Pakistan, Defence Minister Arun Jaitley on Sunday said it has perpetuated a security threat for nearly 70 years and hence India's defence preparedness should always be optimal.

Inaugurating the country's first ever Aeronautical Test Range (ATR), set up here for testing unmanned and manned aircraft being developed locally, he said India was geographically located in a region that was not free from trouble.

"We have a neighbour who for almost seven decades has perpetuated a security threat as far as India is concerned and therefore the level of our defence preparedness always should be optimal," he said.

For the level of defence preparedness always to be optimal, "you need to in the long run eventually establish the facilities - to a large extent possible - for its manufacturing within the country itself," he added.

Noting that the aeronautical test range was the first of its kind in the country, Jaitley said the entire ambit of aeronautical defence preparedness gets tested in this area.

The ATR, conceived by Aeronautical Development Establishment (ADE) Bengaluru in collaboration with other Defence Research and Development Organisation (DRDO) labs, has been located at nearby Challakere, about 250 kms from Bengaluru.

According to defence authorities, it is a key facility for integrating and testing various unmanned air vehicles before being inducted into the armed forces and other organisations.

It is a 'national asset' encompassing 4,090 acres of technical infrastructure and 200 acres for transit and residential purposes. The land was alloted by the state government.

Noting that the country was spending a large part of defence budget allocation toward procurement from outside, Jaitley said "If the best minds produced here can dominate technology elsewhere in the world, there is no reason why they cannot make India itself a world leader and a world beater".

The government had been consistently leaning in favour of policy where these optimal facilities were created within the country, the defence minister said.

He said the demonstration that had been made to him today of the unmanned flying objects, their capacity and various other allied facilities will go a long way in helping in many areas of life and certainly in the country's security.

DRDO officials said the test range has been completed with a budget of Rs 290 crore.

They said current length of the runway at the ATR was two kms and would be extended to three kms in due course, so that it can be used for testing of bigger aircraft like AEW&CS (Airborne Early Warning & Control Systems) meant for surveillance and intelligence gathering, which had been inducted into the Indian Air Force.

The DRDO in November last year had successfully carried out the maiden-flight of TAPAS 201 (RUSTOM-II), a Medium Altitude Long Endurance (MALE) UAV at the ATR.

The ATR houses two hangars with annexe for integration and testing of UAVs and a radar centre, besides being equipped with a fibre optic network system.