India   All India  28 May 2017  Hoardings in Kanpur project Modi as 'modern day Dhritarashtra'
India, All India

PM Modi has been shown as sitting on a throne with a lotus. 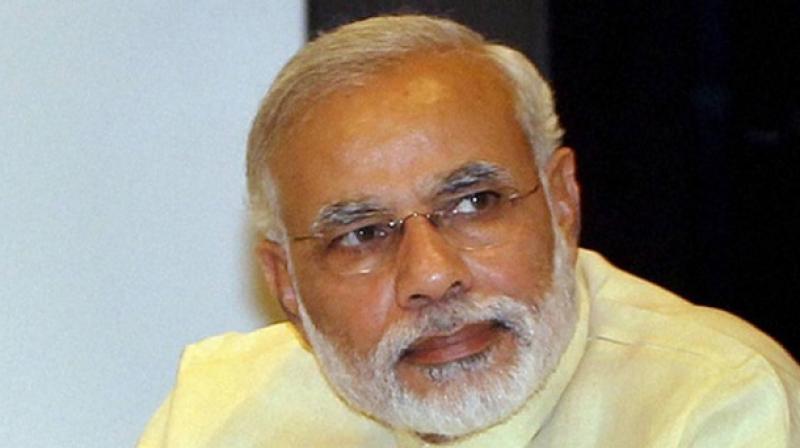 Kanpur: Hoardings projecting Prime Minister Narendra Modi as 'modern day Dhritarashtra' have been put up in the city in which the Congress has targeted the BJP government at the Centre on its third anniversary.

PM Modi has been shown as sitting on a throne with a lotus. He has been portrayed as Dhritarashtra, the blind king in the epic Mahabharata who ignored the follies of his sons which lead to the destruction of his clan.

On the other side of the poster, CM Yogi is portrayed as a Hindu saint, sitting cross-legged on floor and carrying a staff with lotus flower attached to its upper end.

"The Modi government, before coming to power had made a lot of poll promises but even after the passing of three years, the party is tricking the people through clever talks and jumlas".

Through the hoardings, the Congress has posed 10 questions to the Centre including those on demonetisation, blackmoney, smart cities, Article 370 and unemployment.

The posters with caricatures of the prime minister and UP Chief Minister Yogi Adityanath have been put up at three places in the city, said Kanpur city unit chief Har Prakash Agnihotri.

However, he said, one such hoarding at Phoolbagh was removed by some BJP leaders.

The Congress has launched a frontal attack on the BJP-led NDA government, accusing it of failing to live up to its poll promises besides taking on it over a host of other issues including country's economy and safety of minorities.