India   All India  28 May 2017  Dravyavati: The river that disappeared
India, All India

Dravyavati: The river that disappeared

Dravyavati river rejuvenation project is a pioneering project in the country. 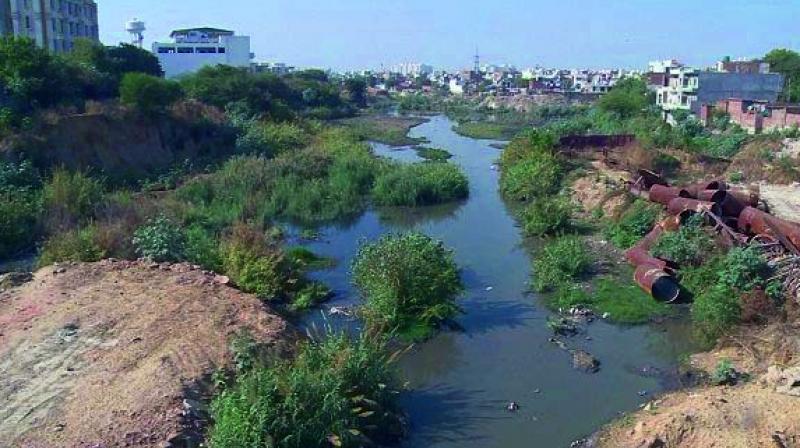 Within two years of Ms Raje’s promise on the issue, the 22800-sqm lake that had turned into a pond of dirty water whose stench forced people to avoid passing through the area got back its old glory, making it a spot for recreational activities and a tourist attraction. The CM is trying to replicate the same feat in Jaipur.

A generation of Jaipurites who grew up bearing with the stench from Amanishah nullah (nala) didn’t know that a river called Dravyavati once existed there. Amanishah nullah was once a perennial river with a dozen dams around Jaipur and catered to the irrigation needs of the surrounding land. 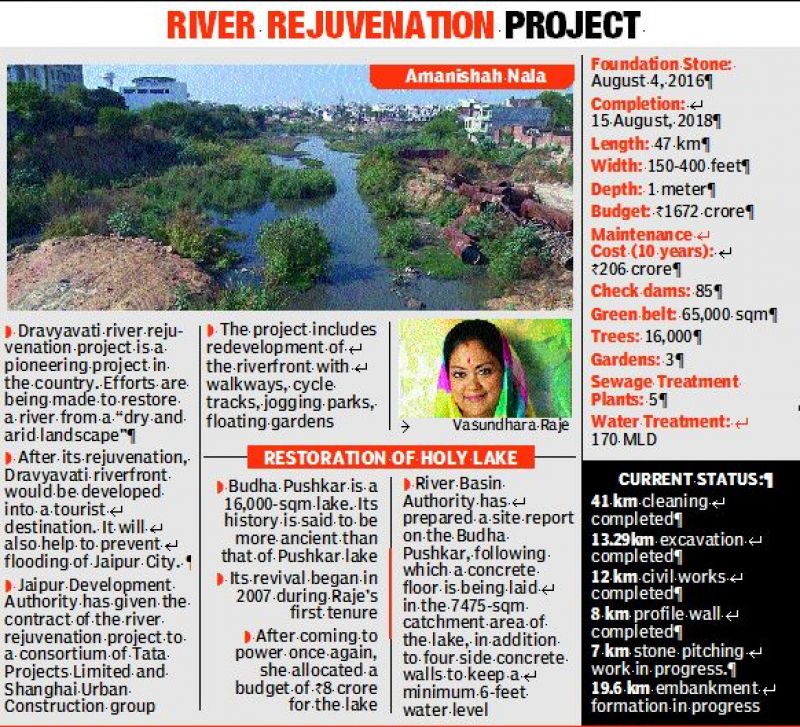 All the dams were washed away in the historic torrential downpour of 1981 when Jaipur witnessed 32.5 cm worth of rain in three days. This gave the land mafia, which enjoyed official patronage, an opportunity to grab virtually the entire bed of the river over a period of time. Instead of taking on these encroachments, successive governments not only regularised them in parts but even allotted land and built colonies and industries on the river bed, following the change of land-use.

The river simply disappeared. What remained was Amanishah Nala where the city’s untreated sewage, large amounts of garbage and industrial effluent gets dumped.

Now, Ms Raje is all set to bring back the lost glory of Dravyavati river that runs across the pink city from the Jaisalya Village and the Dhund River.

If she succeeds, she will join the ranks with PM Modi who developed Sabarmati riverfront project in Ahmedabad.